The President came across as a leader living in a different dimension from his people and their fear, suffering and uncertainty for the coming months

This Day in History: July 15

Ingraham sends message to parents: 'They are lying to you when they say it's too dangerous to reopen schools'

St. Louis homeowner who faced down protesters with rifle believes Trump intervened to protect his community

Hannity tells voters if Biden wins, 'you can start singing "bye, bye, Miss American Pie" because it's over'

Teens are dressing up as mask-wearing grandmas to score alcohol

ONEONTA – Edith M. Catella, 93, longtime head bookkeeper at the former Sears & Roebuck in downtown Oneonta, passed away Friday, Oct. 25, 2019. She passed away with family at her side at Albany Medical Center.

Edith was born on Aug. 1, 1926, to Andrew and Goldie Himes, joining a large family. Edith spent her entire life in Oneonta, and recently celebrated the 75th anniversary of her Oneonta High School Class of 1944.

END_OF_DOCUMENT_TOKEN_TO_BE_REPLACED

“When you’re on the outside looking in, you don’t realize how much work is involved,” Austin said in an interview at that time.   A season included 72 performances – two matinees, five evening shows a week, “on a hand-to-mouth budget,” the founder said.

“I found him so congenial,” recalled Sam Goodyear, who acted for Sears at the summer festival, and later contracted with him to use the facility for the Leatherstocking Theatre Company.  “He was such a sweet-hearted person, with an amazing wry sense of humor.  He was a total delight to work with, on stage and off.”

Austin Sears was born on Nov. 2, 1947, in New York City, to Bernard Horatio Sears, an ivory and ostrich merchant, and the former Gustava N. Pototska.   He was raised in the city, receiving his B.A. from City College of New York’s Theater Department, then a master’s in film from Columbia.

Then he immediately “became an actor.  And that’s all he did,” said his wife, the former Margarita Malinova, a concert pianist whom he met in 1979.  The couple had a son, Will, an Olympic skating contender, who died of a cardiac malfunction at age 20 while training in 2002.

Early on, Sears performed in London at such famous venues as the Drury Lane Theatre (as Hillary McKenzie, “The Boiling Oil Machine,” 1969) and the New Vic (Dr. Seward in “Dracula,” 1973.) Back in the U.S, in 1974 he played the title role in the National Shakespeare Company’s “Hamlet,” and played King Arthur in national tours of “Camelot” in 1979 and 1983.

In 1979, he made his film debut in Universal’s “Running,” a sports drama starring Michael Douglas, and later played FBI Agent Jones in “Prince of the City,” Warner Brothers, 1981.”  In 1977, he had played Luke O’Hare in the PBS series, “Best of Families.”

Soon after they were married, Maggie Sears recalled, the couple began looking for a suitable barn to convert to a summer theater.  Her husband had played Hamlet in a National Repertory Theater Production at Cooperstown High School, and he loved baseball, which drew them here.

Coming to scout out Cooperstown, they drove along Route 7, then Route 28 on a “golden day.  Everything was a golden color,” Maggie remembered, and they were entranced.  In the summer of 1983, the young couple rented a house in the Otsego Golf Course community at the north end of Otsego Lake.

It was then they discovered the barn on Drs. Cam and Mary Goodwin’s 100-acre property.  Ed Johnson, the well-known local primitive painter, was realtor.  Dennis Murray, newspaperman turned contractor and Maureen’s husband, worked with Sears to develop and implement the renovation.

Years of hard work – and fun – followed.  In the 2013 interview, the couple recalled the stage’s original golden curtain, eaten by raccoons over the winter.  Against expectations, “Dracula” was “a total flop.”  But “No Sex, Please.  We Are British,” was a sellout. Renting a house on Richfield Springs’ James Street one summer to lodge actors, neighbors complained of thespians frolicking au natural on the grounds.

Mrs. Sears said her husband died of a longtime chronic condition. Not wanting to trouble friends during the holiday season, her husband received a private ceremony.  At a later date, she plans to place a monument in “Will’s Garden,” and his remains will join his son’s there, a few steps from the center of his life and career.  A service will be held at that time.

‘Aunt Edie’ To Her Friends, Family

She was born July 12, 1923, in South Kortright, the daughter of Angelo and Rafaela (Dragone) Laterra.

END_OF_DOCUMENT_TOKEN_TO_BE_REPLACED

ARNOLD LAKE – Diane Catella Iandiorio, 73, a civic leader who also was active in the Catholic Church, died on Easter Sunday, April 16, 2017, in Florida, where she spent winters with her husband.

Diane was born on Staten Island, the daughter of Louis J. Catella and Marie Riche Catella. She attended Notre Dame Academy, Hunter College, and then New York College of Music, where she received a bachelor’s in music.

In 1964 she married Dr. James A. Iandiorio, also of Staten Island, and they later relocated to Upstate New York, where she initially worked as a music instructor within the SUNY system at Bugbee School in Oneonta. She then ran her husband’s chiropractic practice, as the office manager, for over three decades.

END_OF_DOCUMENT_TOKEN_TO_BE_REPLACED

ZAGATA: Democrats Blame The Other Guy

McEVOY: Let’s Give Democrats A Chance

NORTHRUP: Broadband, Renewables, Pot, Why Not?

MANNION: Drnek Knows Most About Ward 8

HUNTSMAN: Basile Qualified For County Board

Row To Win At ‘Head Of Charles’

By CHIP NORTHRUP • Special to www.AllOTSEGO.com

Despite wind and rain, rowers from Cooperstown and Oneonta competed with rowers from all over the world in the three-mile “Head of the Charles” race over the weekend in Cambridge, Mass.

END_OF_DOCUMENT_TOKEN_TO_BE_REPLACED

She was born, July 17, 1924, in Franklin, the daughter of Alexander and Veronica (Janisius) Sienicki. She was raised on a farm in North Franklin and graduated from Franklin Central School in 1942.

As a member of the Army Cadet Nurse Corps, she attended the Hartwick College School of Nursing in 1945, graduating with an R.N. in 1947.  She went on to receive her bachelor of science in nursing in 1954.

END_OF_DOCUMENT_TOKEN_TO_BE_REPLACED 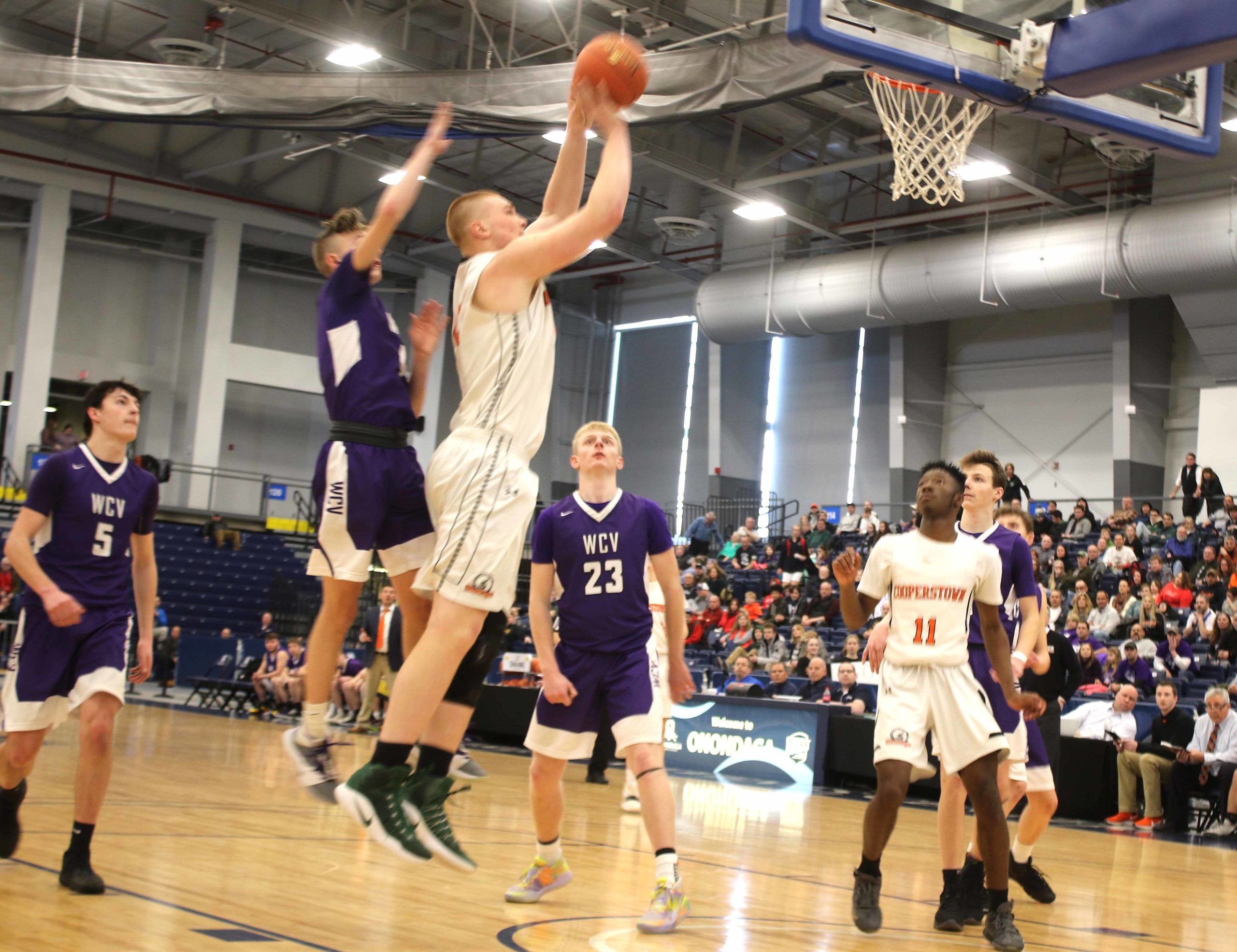 ONEONTA – Marion Lawhead, a NYSEG retiree who lived a vibrant life in Bainbridge, Cooperstown and Oneonta, died on Dec. 12, 2016, at Chestnut Park Nursing Home in Oneonta. She was 96.

Marion Jean Hill was born to Henry and Edith Hill on March 12, 1920, in Bainbridge, and grew up on Pearl Street there with an older brother Bruce and a younger sister Joan. She graduated from Bainbridge High School in 1938.

After high school, her Aunt Adeline invited her to Chanute, Kansas, to enroll at Manhattan Junior College. Marion graduated in 1940.

END_OF_DOCUMENT_TOKEN_TO_BE_REPLACED

Pop’s Place Owner  To Be Laid To Rest

HERKIMER – The funeral service for Edith I. Acres, 94, who used to operate Pop’s Place in Richfield Springs, is planned at 1 p.m. Thursday, May 9, at the Springfield Center Cemetery on Route 20.

She was born on May 18, 1924, in Mohawk, a daughter to the late Irvin and Laura Robertson-Pett.  She was raised and educated in Mohawk, graduating from Mohawk High School.

END_OF_DOCUMENT_TOKEN_TO_BE_REPLACED

SPRINGFIELD CENTER – Betty Linney Bosc, 88, who spent her career as an EEG technician and head secretary at Bassett Hospital, passed away peacefully with her family by her side on Thursday evening, Nov. 9, 2017, at Focus Otsego in Cooperstown.

END_OF_DOCUMENT_TOKEN_TO_BE_REPLACED

He was born on Aug. 5, 1943, at Brooklyn Hospital in Brooklyn, a son of Milton and Beatrice (Thomas) Lindroth. He was raised by his step dad, Robert Lindroth.

END_OF_DOCUMENT_TOKEN_TO_BE_REPLACED

COOPERSTOWN – Cooperstown Central school board has scheduled a special meeting at 5:30 p.m. Wednesday, Dec. 3, to create a head custodian position and appoint a head custodian.

The action follows the retirement of Wick Bennett, CCS director of buildings and grounds since 1998. Bennett had been with the district for 25 years.

COOPERSTOWN – Phyllis Basile, 90, mother of the longtime former Hartwick Fire Company #2 fire chief and a Queens native who relocated to Hartwick, passed away at Midnight on Friday, Sept. 28, 2018, at Cooperstown Center for Rehabilitation and Nursing.

Born Aug. 4, 1928, at St. Joseph’s Hospital in Queens, she was one of seven children of Mauro and Marie (Croce) Maiorino.