The President still refuses to wear a face mask in public or issue a national mandate, but his stance might soon change as Covid-19 cases and political pressures rise

US is in a 'free fall' with Covid-19, expert warns

Lindsey Graham breaks with Trump on his NASCAR tweet

Agencies are afraid to talk about virus being airborne, expert says

Germany torn over launching study of racial profiling by police

ONEONTA – Sidewalks in front of the future Bombers Burritos, 219 Main St., will be closed tomorrow (Wednesday, Feb. 20) so the sign on the Mexican restaurant can be installed.

Two large cranes will be on site, City Hall announced this afternoon.

END_OF_DOCUMENT_TOKEN_TO_BE_REPLACED

ONEONTA – Payless ShoeSource, which operates a store in Southside Mall,  confirmed it will close all of its 2,100 stores in the U.S. and Puerto Rico.  It started liquidation sales Sunday.

The company is also shuttering its e-commerce operations, according to a report in USA Today.

END_OF_DOCUMENT_TOKEN_TO_BE_REPLACED

This expansion to 10 new supermarkets brings the overall number of Tops stores with the Instacart program to 129, making it available fo 90 percent of Tops customers.

COOPERSTOWN — Voting is now open to decide which of the 25 finalists will be named to the Cooperstown Chamber of Commerce’s 2019 Chamber Business Hall of Fame.

Last year, the Chamber honored Brewery Ommegang, the Cooperstown Graduate Program, The Farmers’ Museum, the Susquehanna Animal Shelter (now the SPCA), and Spurbeck’s Grocery.  Voting is open to the public, and the winners will be announced in the spring. 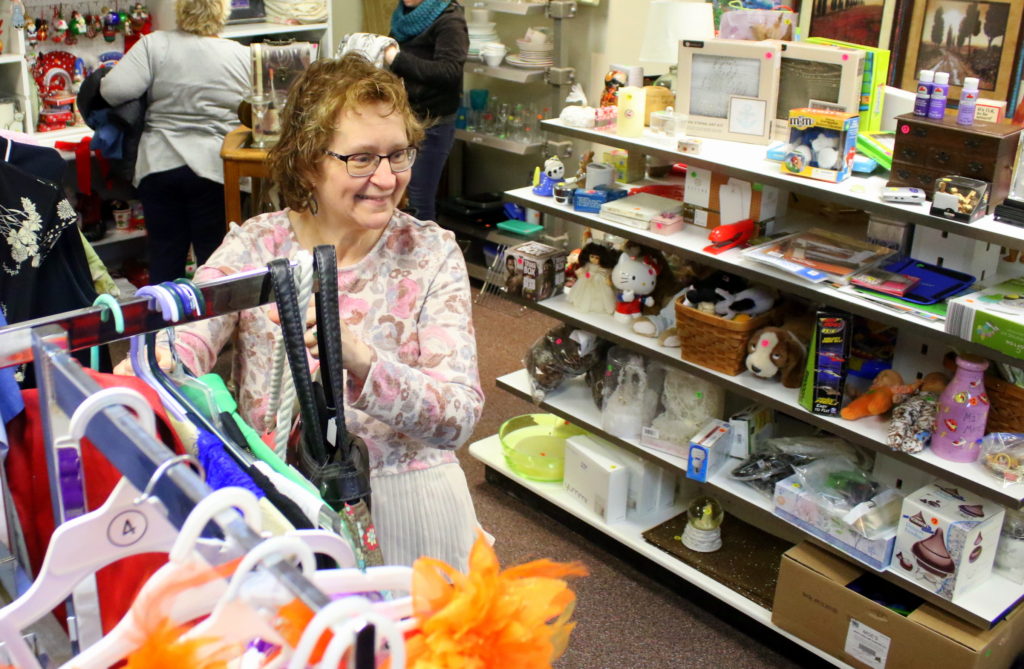 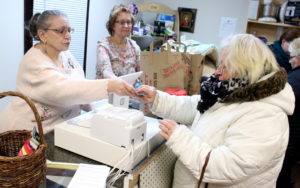 It’s only the first day at the Super Heroes in Ripped Jeans Thrift Shop and business is already bustling. “We had people here the moment we opened!” said volunteer staff member Emily Phillips, Oneonta, seen above tagging clothing. At right, Irene Bourgeois, Oneonta, takes care of customer Barbara Moore, New Lisbon, who was going home to bring them donations. Located at 4 South Main Street in Oneonta, next to Casey’s Barber Shop, the new store offers customers gently used and new clothing, household items, antiques, collectable items, jewelry, locally made crafts, gently used pet supplies and more! They are currently open Thursday – Saturday 12-6pm. All proceeds go to support Super Heroes in Ripped Jeans, a 501 (c)(3) nonprofit pet rescue registered with the New York State Department of Agriculture who just last year helped find homes for nearly 300 animals. “If we can get some well behaved puppies, we’ll bring them into the store!” said Phillips. “We will even have a wall of pet photos behind the counter of animals that people can adopt.”(Ian Austin/AllOTSEGO.com)

Community Bank System of Dewitt, which operates two dozen branches in the Otsego County area, announced yesterday it is buying Kinderhook Bank Corp. for $93.4 million in cash to “expand its presence” in the Capital District.

END_OF_DOCUMENT_TOKEN_TO_BE_REPLACED

An asset-purchase agreement has been signed, and the sale is expected to be complete by the end of March, pending final approval by the Susquehanna Regional EMS Council, covering Chenango County, and the Adirondack/Appalachian EMS council, which covers Otsego and Delaware counties.

In a press release, AMR said it will transition employees and customers to the new entity between now and then.

END_OF_DOCUMENT_TOKEN_TO_BE_REPLACED

PSC To Public: If Frontier Fails, File A Complaint

MORRIS – As of day’s end yesterday, Frontier Communications customers along Route 51 in Otsego County were “not experiencing any outages,” state Public Service Commission spokesman James Denn reported in an e-mail.

However, if outages begin reoccurring, customers should alert Frontier and, “if repair is delayed or if the company is unresponsive,” they can file complaints with the PSC at 800-342-3377.

END_OF_DOCUMENT_TOKEN_TO_BE_REPLACED 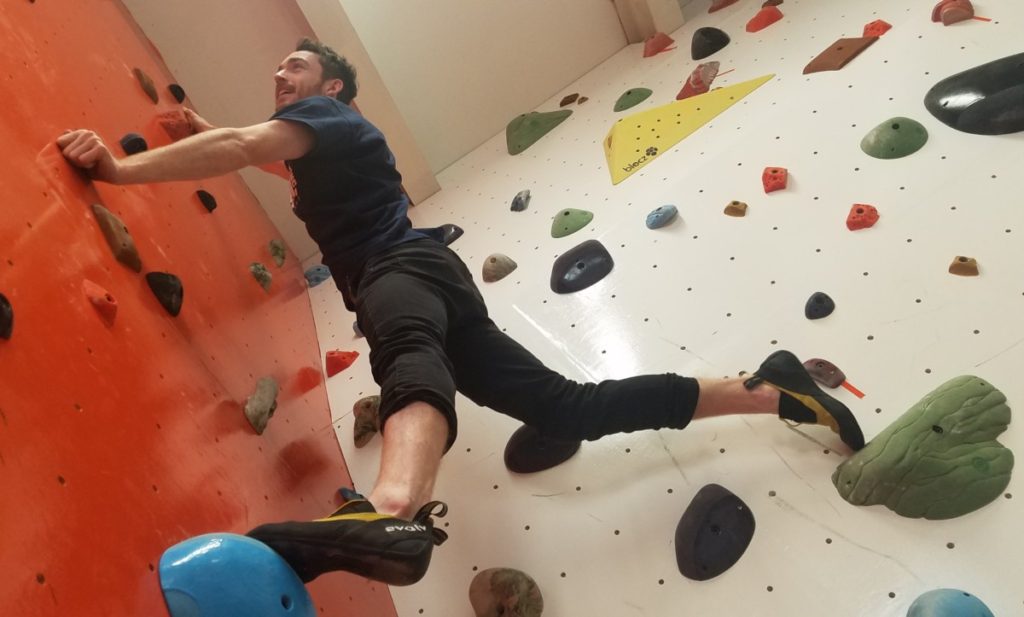 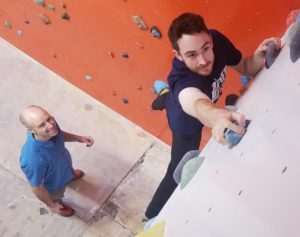 HARTWICK SEMINARY – Tops Friendly Markets, which operates a Cooperstown Commons supermarket, this morning issued an advisory: Jennie-O Turkey Sales has recalled some raw ground turkey products that may be associated with an outbreak of Salmonella.

END_OF_DOCUMENT_TOKEN_TO_BE_REPLACED

In Years Being Constructed

To Close At Year’s End

CHERRY VALLEY – After 15 years, the Cherry Branch Gallery is closing at the end of the year, proprietor Bill Isaac announced today.

The gallery is currently exhibiting a ceramics exhibition entitled: “From the Ground Up: Clay Forms,” which continues to Dec. 2.

“My intention in starting the gallery was to provide a venue where local artists could exhibit and market their work,” Isaac recalled.

END_OF_DOCUMENT_TOKEN_TO_BE_REPLACED

WILLIAMSVILLE – Tops Markets, which operates a supermarket in Cooperstown Commons, today announced that the U.S. Bankruptcy Court for the Southern District of New York has confirmed the company’s Plan of Reorganization.

Tops announced it expects to complete its restructuring and emerge from Chapter 11 shortly.

“We are pleased to receive the Court’s approval of our plan and are poised to emerge from this process an even stronger and more competitive company,” said Tops CEO Frank Curci.

END_OF_DOCUMENT_TOKEN_TO_BE_REPLACED

COOPERSTOWN – Asked today for “key factors to success,” four panelists from the local brewing industry spoke as one:  Quality, quality, quality and quality.

“It all starts with quality,” said Roger Davidson, Council Rock Brewery founder.  “It is fun … (but) I try to do the best I can every single day for consistent quality.”

“If quality isn’t the top of mind, you shouldn’t be a brewer,” said Ommegang’s Phil Leinhart, who has been cited in international competition as the “best in the world” of brewmasters at mid-size operations.

Aaron MacLeod, director of Hartwick College’s Center for Craft Food & Beverage, expanded that to include “the value chain” — hops, barley, malt, all the products that go into beer making.