STAMMEL: Voters, Thanks For Your Help

STAMMEL: Voters, Thanks For Your Help

Thank you to everyone who supported me and our campaign this fall. These races are long and difficult and without the support of friends, families, and neighbors, they would be impossible. Thank you especially to former Rep. Rich Murphy, whose eagerness to offer me assistance and advice was instrumental. END_OF_DOCUMENT_TOKEN_TO_BE_REPLACED 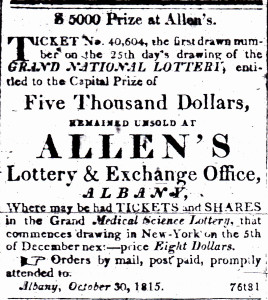 175 YEARS AGO
Latter Day Saints – The Liverpool Chronicle contains the following: “The New York packet ship North America, Captain Lowbar, sailed on Tuesday with 19 cabin passengers and 200 in the steerage. The whole of the END_OF_DOCUMENT_TOKEN_TO_BE_REPLACED

In last week’s editorial, “Republicans Romped. Now, What Are They Going to Do?,” much was made of the results of the recent election for the Otsego County Board of Representatives. It was pointed out that county Republicans did very well, putting the Republicans, with 4,600 weighted votes, well ahead of the Democrats, with 1,627 weighted votes, in the county’s system of weighted voting. END_OF_DOCUMENT_TOKEN_TO_BE_REPLACED

County Envisions Future – From Ground Up

Summary Meeting Due Next Week

END_OF_DOCUMENT_TOKEN_TO_BE_REPLACED

COOPERSTOWN – The $9.2 million gap in Otsego County’s proposed 2016 budget is closed.
It took the layoffs of 19 full-time and 7 part-time county employees, slashing some services and raising property taxes by about $100,000 total, the maximum allowed under the state property tax cap.

COOPERSTOWN – Bill Streck had every reason to be humbled by the opening of the Dr. William F. Streck Health Center at Pathfinder Village.

“I was talking to a friend about it, and he said, ‘Let me get this straight. Bassett starts a clinic in a farmhouse. Then you became president of Bassett. You retire. Dr. Vance Brown opens a clinic and they name it after you’?” he recalled during his remarks at the clinic’s opening reception Friday, Nov. 6. END_OF_DOCUMENT_TOKEN_TO_BE_REPLACED

HARTWICK – Bob O’Brien, the father of triplets, is used to surprises.

O’Brien learned that day that, 233 to 229, he had defeated two-term incumbent (and longtime Town Board member) David Butler after months of campaigning, legal challenges and political infighting to claim the top office in Otsego County’s fastest-growing town. A third candidate, Hartwick Town Board member Juli Sharratt, tallied 151.

O’Brien’s whole enterprise was a handful of votes away from disaster at every step.

It began over the summer, when O’Brien, the Hartwick hamlet fire chief for the past five years, won the endorsement from the Republican Town Committee over incumbent Butler.

That led to a Republican primary on Sept. 10, where he inched past Butler, 50 votes to 49, too close to call. END_OF_DOCUMENT_TOKEN_TO_BE_REPLACED

Cooperstown And Around: Nov 12

COOPERSTOWN – Concerns about cars running the stop sign at Cooperstown Elementary raised by crossing guard Stretch Redding have led to the installation this week of solar-powered flashing lights that will blink, blink 24-7.

Trustee Cindy Falk, Streets Committee chair, said this week she, Redding and Trustee Ellen Tillapaugh had independently observed similar lights at Center and Dietz in Oneonta, and though they might keep drivers alert at the student crosswalk in the village.

AIDING FOOD BANK: The Scriven Foundation has again provided a holiday season grant to match donations to the Cooperstown Food Pantry for up to $5,000 during November and December. Donations may be sent to the food pantry, 25 Church St., Cooperstown NY 13326.

According to the Lansing Star newspaper, Zamelis, who has represented anti-windmill efforts in northern Otsego County, testified against the project Oct. 15 at a Department of Sanitation hearing in New York City.

COOPERSTOWN – The CCS Thespians’ annual musical, “The Drowsy Chaperone,” will be performed Thursday-Sunday, Nov. 12-15, at the school’s Sterling Auditorium.

The play is a parody of American musical comedy of the 1920s.

The winners in each age group received $25 prizes:

After 3 Years, It’s Time To

Read the city charter: Meg Hungerford does not have the qualifications to be Oneonta city manager.

Efforts to put her in that position regardless damaged the last year of the Miller Administration, and continuing efforts to do so are preventing the implementation of a sensible city charter approved by 75 percent of the voters.

It’s past time for Mayor Gary Herzig to close the door on the Hungerford option and move on.

Instead, by forming an ad hoc committee to review the charter, and asking that the review be done before the end of the year so the current Common Council can fast-track any changes, the new

mayor risks poisoning his administration with many city voters before it’s even begun.

By all accounts, Hungerford is an excellent financial officer. But she lacks the training, experience and qualifications specified in the charter for the $120,000 position:
• One, she lives in East Meredith, 10 miles from Oneonta (and in another county, Delaware, not Otsego.)
• Two, she lacks the master’s degree in public administration or a related field. (Does the home to Hartwick and SUNY Oneonta really believe that doesn’t matter?)
• Three, she lacks the relevant professional experience.