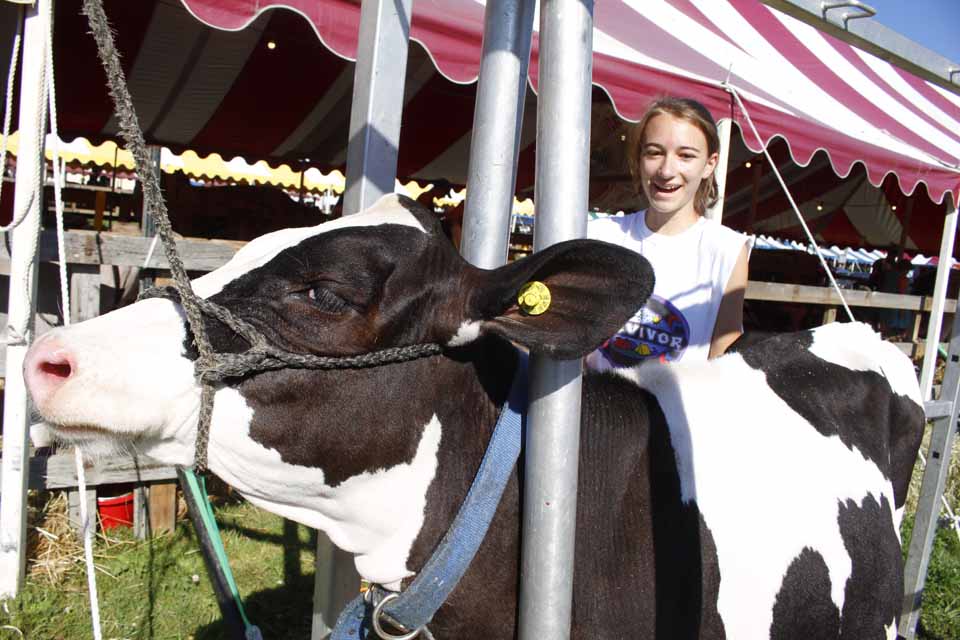 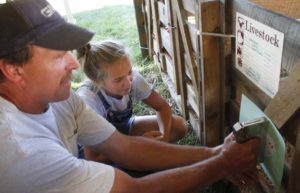 Sophia Lesko, Cooperstown, isn’t just one of CCS’ top four scholars this year: She’s a junior livestock handler, with an entry in the 71st Junior Livestock Show; a new minutes ago, she had just finished giving her winter heifer a final haircut in preparation for competition that begins tomorrow at Iroquois Farm, on Route 33 south of Cooperstown.  Inset photo, Jessica Zuill, Davenport, with the help of her uncle, John Kostbar, Town of Maryland, makes it official by putting up the sign on her Southdown sheep Baked Beans’ pen.  An ice cream social, open to the public, begins at 7 this evening; another highpoint is the Parade of Champions at 3 p.m. Tuesday.  Monday, stop by and watch the judging.  (Jim Kevlin/AllOTSEGO.com)