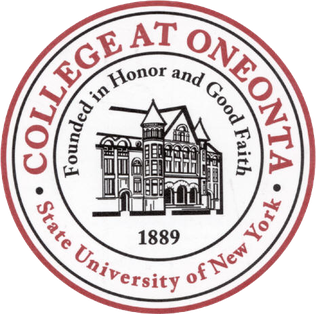 The SUNY Oneonta athletics department announced the 2021 class of Hall of Fame Inductees in a media release last week.

Aldrich was a top, two-sport athlete from 1959-63 in soccer and tennis.  In soccer, he was a defensive standout earning SUNYAC All-Conference and All-State honors twice during his career.  In tennis, Aldrich was the team’s No. 1 singles player.

Bradford was a four-year starting catcher for the softball team during one of the most successful four-year runs in program history.  During her career, the Red Dragons compiled a record of 113-45 while capturing two SUNYAC titles and appearing in a pair of NCAA tournaments.  Bradford was four-time All-SUNYAC and three-time All-Region selection.  She still ranks in the top-10 all-time in hits (161), total bases (196), runs (89), runs batted in (84) and batting average (.342).

Kennedy made her splash in the pool as one of the top swimmers of the mid-to late 60’s.  During her career, she set numerous individual pool and school records.  She was also a member of a relay foursome that held a national record in 1966.

Neira was a four-year standout on the hardwood for the Red Dragons in the late 1980’s.  He finished his career with 1,042 points, which is currently 12th all-time.  At the conclusion of his senior season, he was selected to the SUNYAC All-Conference Team.

Velan, who grew up in nearby Stamford, has the distinction of being the only four-time All-American in the history of the women’s soccer program.  She was twice selected as the SUNYAC Player of the Year while being a four-time, first team All-Conference selection.  She is currently the all-time leading scorer for both men’s and women’s soccer with 169 points.

Velan competed for two years on the track & field team and was part of a 4×400-meter relay that earned All-American honors in 2006.  She was a three-time All-SUNYAC and four-time All-ECAC performer while also capturing two conference titles as part of relays.

Williams was a four-year starting catcher for the Red Dragons from 1989-93.  He was team co-captain for his junior and senior seasons and was selected as A SUNYAC First Team catcher in 1993.  That same year he was the SUNY Oneonta Male Athlete of the Year.  As a senior, he hit .324 helping to lead Oneonta to a berth in the ECAC tournament.

Ingersoll spent more than 30 years at SUNY Oneonta primarily in the role of university police chief.  After receiving his doctorate, he became associate vice president for student development and given the responsibility of overseeing the athletics department.  During the 2006-07 year, he served as the interim director of athletics.