Europe's ski resorts are facing the 'season from hell'

Save up to $60 at Amazon with targeted American Express cards

The best fashion and beauty deals to shop this Black Friday

Save on a new laptop with these Black Friday deals

The best deals to shop at Sephora's Black Friday sale

The top tech deals worth shopping on Black Friday

2 hurt after rented red Ferrari wipes out on Chicago expressway

ONEONTA – An Oneonta woman who was reported missing by her family was located by state troopers in Binghamton over the weekend.

According to a press release, troopers made contact by phone with Amanda Lee Chandler, 27, Oneonta, who was reported missing by her family on July 20. The trooper stayed on the line with her until a trooper in Binghamton was able to check on her. Troopers determined she was in good health and not in any danger.

END_OF_DOCUMENT_TOKEN_TO_BE_REPLACED

Activities At The Yager

FAMILY FUN DAY – Noon-3 p.m. Spend an afternoon at the museum with the kids creating masks, playing art detective, doing a junior archaeology dig, and more arts and crafts. Each activity will tie in with the theme of storytelling. Yager Museum, Hartwick College, Oneonta. Info, www.hartwick.edu/news/hartwicks-yager-museum-host-2nd-family-fun-day-event/

END_OF_DOCUMENT_TOKEN_TO_BE_REPLACED 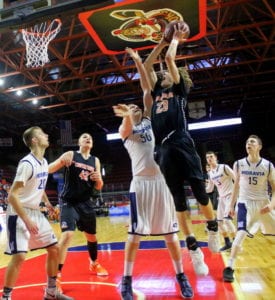 BINGHAMTON – The Cooperstown Hawkeyes’ dream of a state championship ended this afternoon at the hands of the Moravia Blue Devils at the Floyd L. Maines Memorial Arena in  NYSPHSAA Regionals Championship game.

The Hawkeyes came out strong in the first quarter, with a 9 point lead, but the Blue Devils caught up in the second quarter. The teams were neck and neck for the third quarter which ended with Moravia pulling ahead.

Despite strong efforts by lead scoreres Tyler Bertram, right, and Jack Lambert,  the Hawkeyes were unable to overcome Moravia in the 4th, resulting in a 59-66 loss.

COOPERSTOWN – The Cooperstown Central Hawkeyes lost to Moravia, 66-59, a few moments ago in the Regional Finals at the Broome County Veterans Memorial, ending their quest for a state championships a week before the title round.

COOPERSTOWN – Quinn Bernegger,  CCS 2009, will perform the role of Beadle Bamford this weekend in the Tri-Cities Opera production of Stephen Sondheim’s “Sweeney Todd, The Demon Barber of Fleet Street.”

Performances are at 7:30 p.m. Friday and 3 p.m. Sunday at the Forum Theatre, 236 Washington St., Binghamton.  Click here to buy tickets

Quinn, who attended Middlebury College, is the son of Sandy Peevers, Cooperstown, and Jim Bernegger, now of Florida.

BINGHAMTON – An Amber Alert has been issued for Lucios Mitchell, 3, who was forcibly abducted by his non-custodial mother, 26 year old Veronica Mitchell during a supervised visit this afternoon.

Lucios is white, with black hair and blue eyes.  He is 2 feet, 5 inches tall and weighs 12 pounds, and was last seen wearing a grey onesie.  Mitchell was described as white, with brown eyes and brown hair that may have been dyed blonde and pulled up, wearing jeans and a grey sweatshirt.

Anyone with any information on this abduction is asked to call the City of Binghamton Police at (866) NYS-AMBER or dial 911 to provide information on a report or sighting.