END_OF_DOCUMENT_TOKEN_TO_BE_REPLACED

With Colors From 90 Quilts 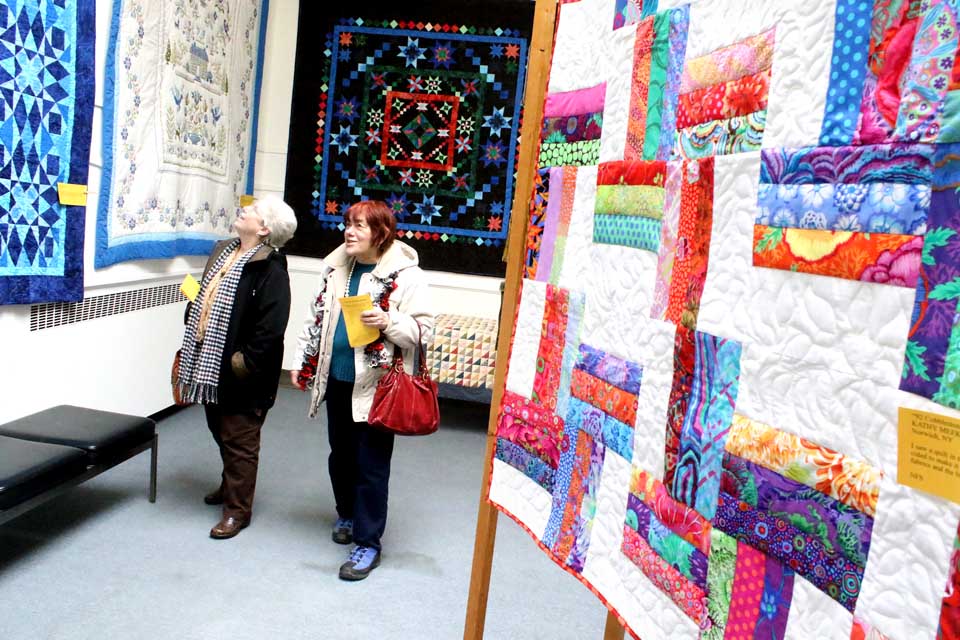 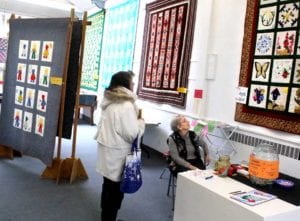 The regional nature of the Fenimore Quilt Show, which opened this morning at the Cooperstown Art Association, was very much in evidence, as Elaine Schwan, top photo, right, and Kathy Meek of Norwich’s Chenango Piecemakers’ toured the offerings.  One of Schwan’s two entries, QFL, is on the far well, which won a contest organized by Sew Nice, the Norwich quilting shop.   The quilt in the foreground is one of Meek’s offerings, 92 Cobblestone Square, made up of 92 separate pieces assembled in the cobblestone pattern.  Quilt show organizer Jean Lyon, at right in inset photo (chatting with Karen Prestidge, Walton), said the Piecemakers’ load up a car annually with entries.