Graham says Trump can make the Republican Party bigger, or he can destroy it

END_OF_DOCUMENT_TOKEN_TO_BE_REPLACED 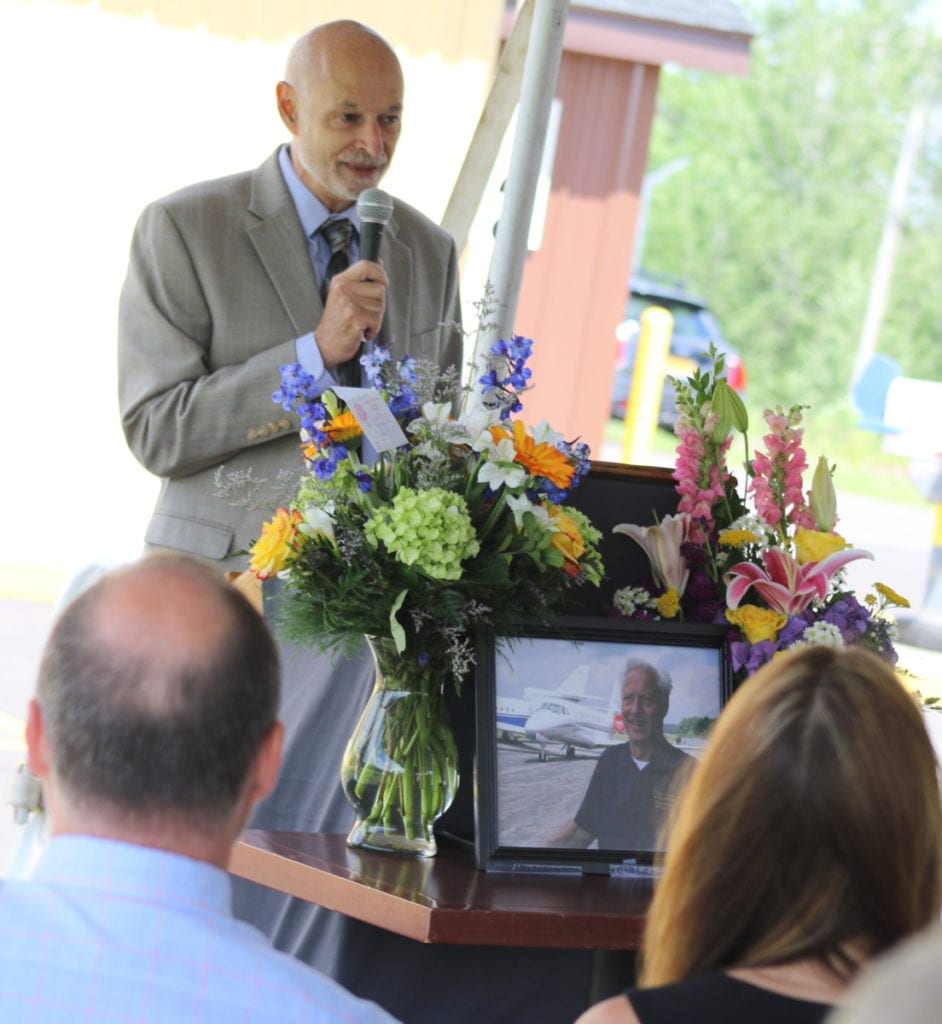 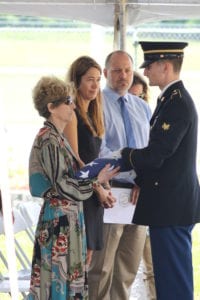 Above, Mayor Gary Herzig officially announces the renaming of the Oneonta Municiple Airport terminal Finn Terminal, in honor of the late Dennis Finn during a celebrations of his life at the airport this afternoon. Family, friends gathered to recount fond memories of Dennis, whose civic involvement, kindly manner and passion for life touched so many. At right: Ruth Allen, Oneonta,  Dennis’ life partner, receives a folded flag in honor of his military service. She stands next to his daughter Kelly Lynch and son Kevin Finn. (Ian Austin/AllOTSEGO.com)

ONEONTA – During public comment at this evening’s Common Council meeting, city Airport Commissioner Jeff Back laid out his case for naming the Oneonta Municipal Airport terminal  in memory of the late Dennis Finn.

“Dennis was a valued founding member of the airport commission,” he said. “His involvement with the airport goes back to it’s construction and pre-dates the original dedication ceremony in 1966. His commitment, daily efforts and never-ending promotion of airport activities have been a strong contributor to the renovation of airport facilities, airport awareness and increased community involvement.

“It is the unanimous recommendation of the airport commission that the airport’s main terminal be named in his honor.”

END_OF_DOCUMENT_TOKEN_TO_BE_REPLACED

After Last Plea By Citizens

By LIBBY CUDMORE • for AllOTSEGO.com

ONEONTA – Despite a final few voices of public outcry, Housing Visions’ proposed 48 unit Silver Creek senior and family housing project got site plan approval from the Oneonta City Planning Board at a special meeting called this evening at City Hall.

“This is a good thing for Oneonta,” said Mayor Gary Herzig, who served on the Housing Task Force that brought Housing Visions to the city.  “We’re going to take down abandoned buildings and eyesores and turn them into affordable, quality housing.  This is Oneonta at its best.”

The site plan was unanimously approved by the board, who also decided against doing a full environmental impact statement, citing that the SEQR answered all questions.  The site plans for projects at 63-65 Spruce Street and at West and Columbia were approved at earlier meetings.

But it wasn’t a victory without detractors.  At a meeting on Wednesday, Sept. 16, neighbors voiced concerns for two hours. And although public comment wasn’t scheduled for the special meeting, Council Member Bob Brzozowski, Seventh Ward, asked that the public be allowed to speak.