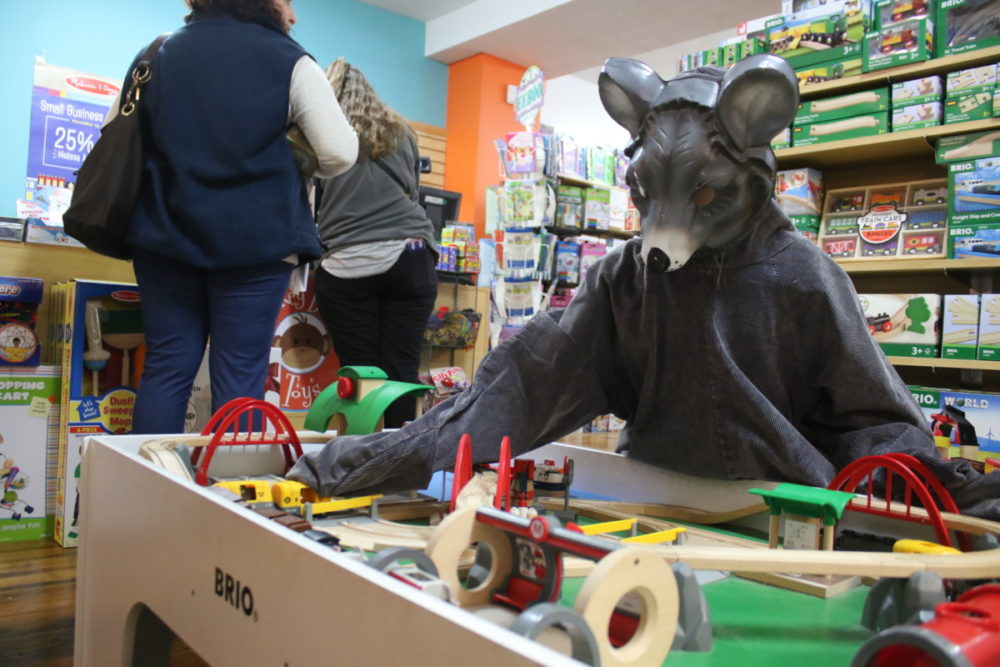 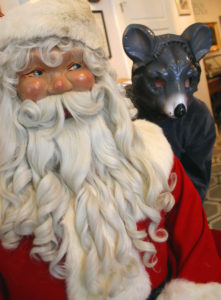 If your were in downtown Oneonta this morning, you may have noticed a lot of mice running around, but not to worry, it is not an infestation, they were taking part in the annual Mice On Main Street event promoting the Fokine Ballet’s upcoming production of The Nutcracker on December 8-9 at Goodrich Theater! The mice hid in various stores throughout downtown and if you found them all, you Above, Jillian Lifgren, Oneonta, plays with a train set at Monkey Barrel Toys while Julia Kropp, right, was found hiding behind the Bresee’s Santa at The Greater Oneonta Hisotrical Society. If you managed to find them all you win a free ticket to the performance. (Ian Austin/AllOTSEGO.com)