Oprah's Favorite Things have arrived on Amazon. Here's the list.

Black Friday has kicked off early. Here are the top deals right now

Tennessee officers awarded for life-saving river rescue on day off

These are the results for the question we asked, “Which minimum wage policy do you support?” 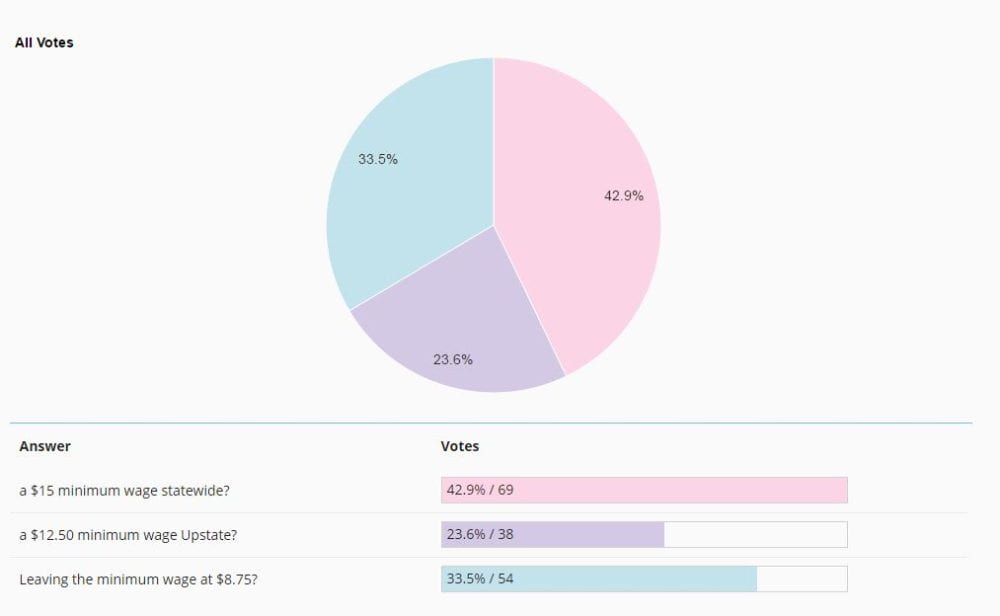 In New York City, Minimum Wage Will Go To $15

FROM TODAY’S NEW YORK TIMES:  Gov. Andrew M. Cuomo and state legislative leaders announced on Thursday that they had reached a budget agreement that would raise the minimum wage in New York City to $15 by the end of 2018, but initiate slower increases elsewhere, even in the city’s wealthy suburbs.

For Mr. Cuomo, the wage agreement came with clear concessions, as some lawmakers outside the city won a softer phase-in period. Long Island and Westchester County will not reach a $15 wage for nearly six years; areas north of Westchester are assured only of reaching $12.50 by 2021…