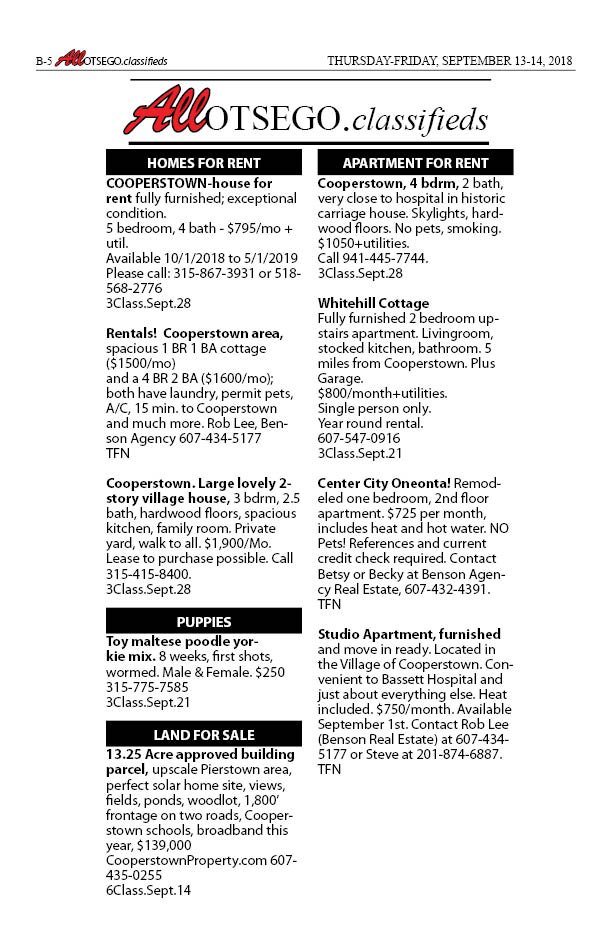 ONEONTA – Barbara Jane Deitch, 87, a professional dog breeder who specialized in standard poodles, passed away on Tuesday, May 13, 2014 at her residence.

A member of the America Kennel Club, in addition to breeding poodles she groomed dogs and administratively supported her husband, Strat, who showed St. Bernards in the Westminster Show and many other shows.

She was also a DAR member.

Also, her brother,Roger Kurz and his family and many nieces and nephews.

She was predeceased by three sons, Stratford, David, and Howard Deitch.

There will be no formal funeral services.

Condolences to the family may be made online by visiting our website at www.grummonsfuneralhome.com.

Arrangements are by the Lester R. Grummons Funeral Home, Oneonta.