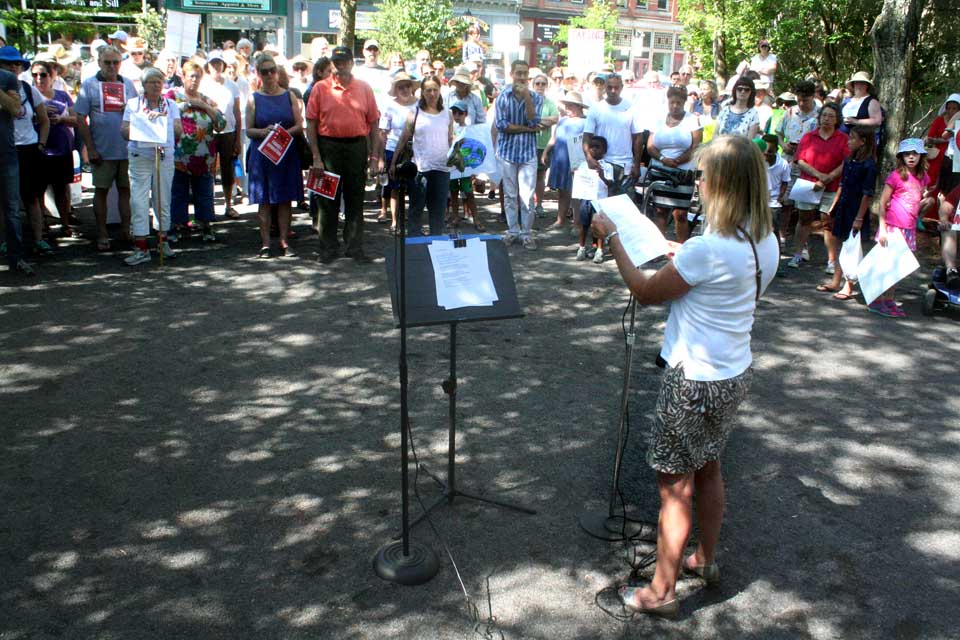 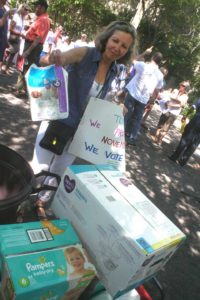 Cooperstown Mayor Ellen Tillapaugh Kuch addresses more than 200 people at a rally a few minutes ago in Pioneer Park to protest the Trump Administration’s “zero tolerance” policy – now in abeyance – to separate children, an estimated 2,000, from parents who cross the southern border illegally.  The protesters at this hour are marching from “the flagpole” in downtown Cooperstown, up Main Street to the county courthouse, and back.  At right, Kathleen Taylor of Cherry Valley joins other protesters contributing diapers for the children in custody.  The rally is part of some 650 planned today around the world as part of a “Families Belong Together” movement.  The centerpiece is a rally at 11 a.m. in Lafayette Park, in front of the White House.  (Jim Kevln/AllOTSEGO.com)