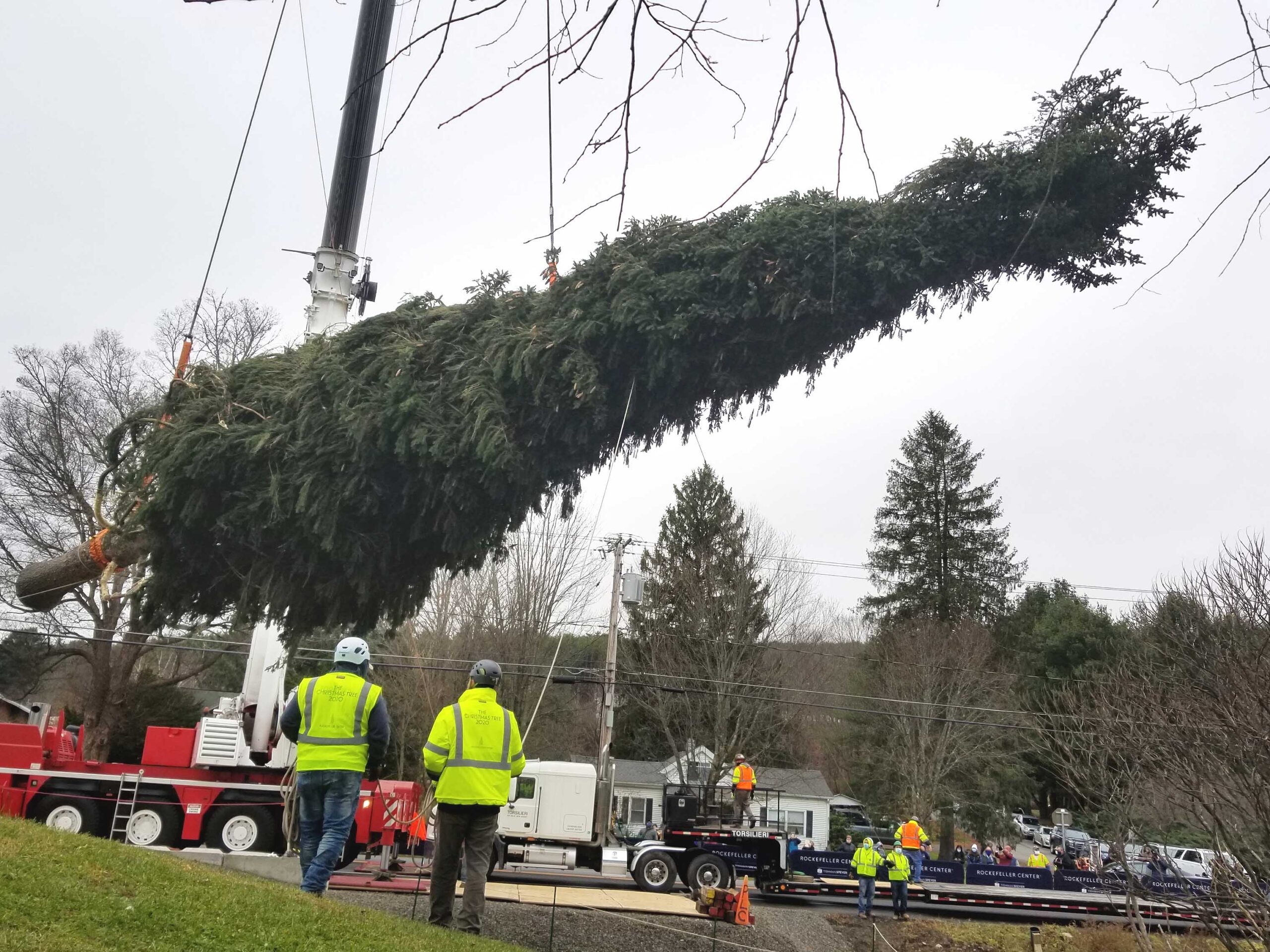 REVISIT 2016 TREE IN ALL ITS GLORY

ONEONTA – It could be the biggest secret in Greater Oneonta – perhaps 100 feet tall.

Crews from Lynn Warren Lawn Maintenance & Landscaping in Newburgh have been at the 3851 State Highway 23 property since Monday, prepping the tree owned by “Daddy Al” Dick.

In much the same way, crews prepped Angie and Graig Eichler’s 94-foot tall spruce before sending it to be the 2016 Rockefeller Center Christmas Tree.

In an interview, Graig Eichler said there’s a good reason it’s so hush-hush:  “It’s to protect the tree, and to protect the family so there’ s no trespassing or vandalism to the tree.”  Rockefeller Center provided 24-hour security was the tree’s been chosen and certainly after it’s announced.