They Raised Into Schenevus Creek 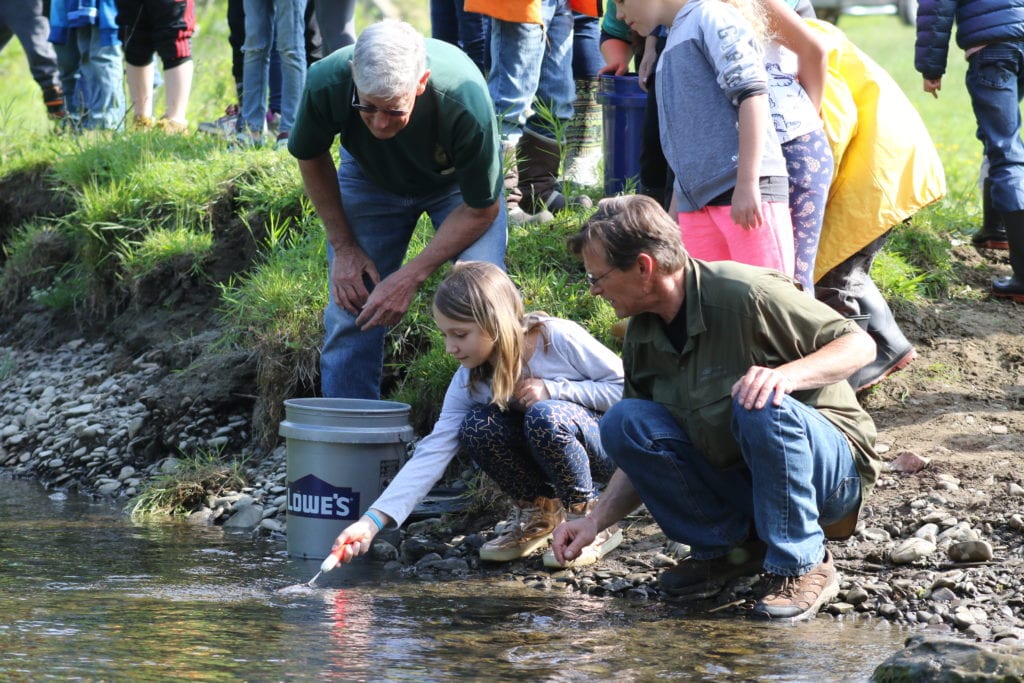 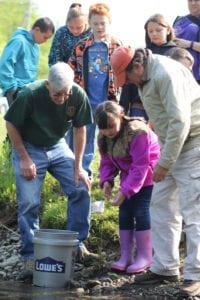 Students from Mrs. Polomcean’s third grade class at Milford Central School bid farewell to a school of 50 brown trout that they have been raising in their classroom by releasing them into Schenevus Creek earlier this morning. Above, as fellow students sing “Bye Bye Trout,” Topanga Miller releases of of the fish under the watchful eye of Mike Zurn, Franklin, from Trout Unlimited.  At right, Katelyn Smith prepares to release a fish alongside Keven Kelley, Oneonta, left, and Bob Wikoff, Oneonta. The trout-raising project, in its first year at Milford, was the idea of third-grade teacher Kim Burkhart, who had done it with another class in Sherburne, and the  tank in her classroom was donated by Trout Unlimited. She plans to continue the project next year. (Ian Austin/AllOTSEGO.com)