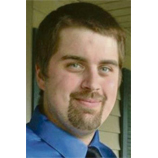 MOUNT VISION – Adam Cameron Burgess, 27, an active member in the Mount Vision Fire Department since his teens, passed away Nov. 23, 2015, at Bassett Hospital.

A member of Otsego town crew, he was struck by a falling tree while clearing trees and brush along Bissell Road, near Oaksville.

He is the son of Les and Betty (Timer) Burgess also of Mount Vision. Adam was engaged to be married to Jennifer Dubina on October 15, 2016.

Adam graduated from Laurens Central School in 2006 and went on to receive his Bachelors of Technology degree in Agricultural Engineering at SUNY Cobleskill in 2010. He was currently employed by the Town of Otsego Highway Department.

Adam’s passion was Mount Vision Fire Department where he was the 1st Assistant Chief. He was an active member from the age of 16 where he enjoyed the brotherhood of firefighters, not only in his department but in the surrounding departments. Adam also enjoyed cutting firewood. When he wasn’t “craigslisting” or driving his John Deere tractor, he could be seen cutting firewood.

In addition to his parents and fiancé and her parents Stephen and Kathleen of Woodstock Conn., he is survived by Aunts and Uncles, Bob and Joan Burgess, Bill and Pat Burgess, Bruce Burgess, Kathy and Marty Nash, John and Elaine Quell, Al and Lee Timer, Marilyn Gorman, John Timer, Mary Timer and Jim and Kim Timer. He is also survived by his cousins Jenn, Crystal, Josh, Travis, Zachary, Christopher, Nick, Melissa, Sarah, Kate and Becky. His paternal Grandmother Jean Burgess and maternal Grandmother Emily Timer also survive him. He is also survived my special friends, Jimmy, Andrew, Dick, Ryan, Eric and Josh.

Adam was predeceased by his grandfather James A Burgess and Albert Timer Sr, and his Uncle Herb Gorman.

Calling hours will be 4 – 7 p.m., Friday, Nov. 27, at the Johnston Funeral Home in Morris. The funeral will take place at 1:05 p.m., Saturday, Nov. 28, at Laurens Central School. Burial will immediately follow the service in the Laurens Cemetery.

In lieu of flowers, donations may be made in Adam’s name to Mount Vision Fire Department, 179 County Highway 11B, Mount Vision, NY 13810.