California reimposes restrictions on restaurants and many other indoor facilities 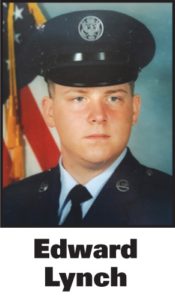 MARYLAND – Edward Vincent Lynch, 47, passed away unexpectedly on Feb. 2, 2019.
Edward was a 1989 graduate of Franklin Central School, then entered the Air Force. Michelle and Edward were married on July 22, 1994.
He was predeceased by his siblings, Jane Lynch and Robert Foote; grandparents, Ethel and Vincent Moore; father, Donald Lynch; and stepson, Cameron Sanchez.
He is survived by his wife, Michelle Lynch; daughters, Olivia Lynch and Jade Pendolf; granddaughters, Lily and Rubi Pendolf; mother, Liz Neuenhoff of Gilbertsville; brother, Gary Lynch and his wife, Nancy of Land o’ Lakes, Fla.; brother, Randy Lynch and his wife, Carol of Jefferson; sister, Dana Levinson and her husband, Rich, of Oneonta; and many nieces, nephews, cousins and other relatives.
A celebration of life was held Saturday, Feb. 16, at Sixth Ward Athletic Club..