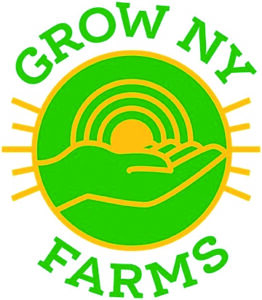 The state’s Farm Laborers Wage Board met January 28 to take testimony from those crowded out of its three prior sessions, then took a surprise vote to recommend a phased-in lowering of the overtime threshold to 40 hours per week from its current 60 hours per week.

With a 2-1 vote, the Board recommended a 10-year ramp to the new threshold, reducing the mark for farm laborers by four hours per week every two years beginning in 2024. The Board sent its recommendation to Commissioner of Labor Roberta Reardon and Governor Kathy Hochul.

Board Chair Brenda McDuffie, president of the Buffalo Urban League, called the vote “something historical,” Board member Denis Hughes, former president of the New York State AFL-CIO said it was “smart” for the panel to “give a long leeway, a long amount of time to understand what changes can be and should be made.”

“It is disingenuous and irresponsible that the data, research, and comments made from those who know agriculture best were cast aside by the majority of the Wage Board,” the group said. “This is not a win for farmworkers that self-proclaimed worker advocates will claim.”

“Agricultural production, diversification, and job availability will suffer. This is no scare tactic. We have already seen farm workers leave the state for more hours of work and production shift to less labor-intensive crops since the farm labor legislation was enacted in January 2020,” they said.

Governor Hochul announced as part of her 2022-23 Executive Budget proposal a tax credit for farm owners paying overtime to workers, signaling to many that the Wage Board would recommend the reduced threshold.

At press time, neither Commissioner Reardon nor Governor Hochul have commented on next steps.