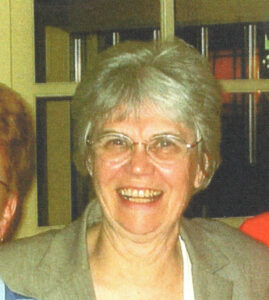 In August 1961, Jane Anne married the love of her life, Giles. They made their home in
Clintondale, N.Y., until moving to Cooperstown in 1989. They were married for nearly 59
years until Giles’s death in June of 2020.

After retiring from teaching, she worked at the New York State Historical Association, was
a member of St. Mary’s Church and the Women’s Club, and a volunteer for the
Cooperstown Library and Glimmerglass Opera.

A Mass of Christian Burial will be held at St. Mary’s “Our Lady of the Lake” Roman Catholic Church in Cooperstown on Thursday, September 16, 2021, at 11 a.m.  A private burial will follow the Mass.

Arrangements are under the care of Tillapaugh Funeral Service, Cooperstown.