Mayor Francis Suarez says the health care system is at its peak, with 1,898 people battling coronavirus in hospitals across the city

Florida has more Covid-19 than most countries. These stats show how serious the problem is

SCHOHARIE – Within days of the Oct. 6 limo crash that killed 20 people in the parking lot of the Apple Barrel Country Store, memorials began to spring up.
“There were 20 crosses, and wooden deer that John and Anita Borst built,” said Josh Loden, Apple Barrel director of operations. “The people Matt (Coons) worked out with built a cross, and people who came to pay their respects would sign it.”
Now Loden and the Reflections Memorial Foundation are raising money to install a permanent memorial to the crash victims, who were en route to Brewery Ommegang when the modified 2001 Ford Excursion limousine they were riding in plowed into a parked car in the Apple Barrel parking lot before crashing into the ravine. 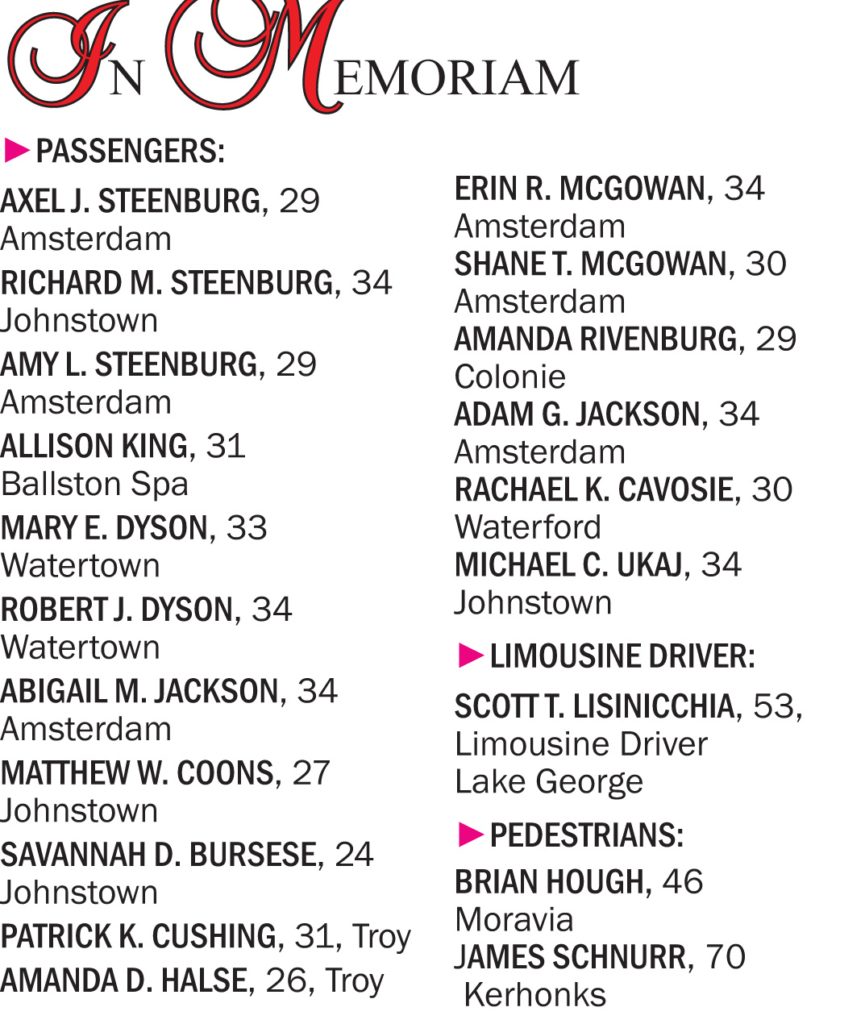 All 17 passengers, the driver and two pedestrians were killed.
Loden was working the day of the crash. “I’ve been in similar
situations,” he said. “I was in Paris during the terrorist attacks. Nothing prepares you.”
In the aftermath, he grew close to the victims’ families. “Savannah Bursese’s family was just in here celebrating her birthday, and Janet Steenburg was picking up some Foundation merchandise,” he said. “They’re our family now. When they need to talk, we’re here.”
It was in those conversations that the idea of a permanent memorial arose. “We want to honor the victims and give the family a place to grieve,” he said. “We’ve been having discussions about what they want.”
Loden, himself a former First Responder, also wants the memorial to honor those who rushed to the scene. “Those guys really saw some things,” he said. “I can’t imagine what they’re going through after that.”
Once the concept is finalized with the families, they’ll put out a Request For Proposals, seeking artists, sculptors and designers to submit ideas for the memorial.
“We want to give the community a chance to be part of this,” he said. “We’re still talking with the families, trying to figure out what they want it to be.”
To raise funds for the memorial, the Apple Barrel began selling merchandise featuring artwork from the Iroquois Museum of the “skydome,” a Native American motif representative of the whole universe.
“In trying to figure out a common theme between Schoharie and Amsterdam, we went back to our Mohawk roots,” said Loden. “We worked with the Iroquois Museum to design something that reflects Mother Earth, the Celestial Tree, and that life continues on in the Skyworld.”
Harney & Sons Tea of Millerton, Dutchess County, donated a basket of teas as a prize for the store to raffle off as a fundraiser. Emeric Harney, “head of merchandising had heard what had happened and came into the store on a delivery and dropped it off,” he said. “People have been incredible with donations.”
So far, the foundation has raised $30,000 towards the memorial, which will also be used as a permanent fund for maintaining the project.

On June 1, the foundation will host an all-day fundraiser in Amsterdam, featuring music, food, carnival games and more. “We hope to have some concept art or a prototype ready for people to see then,” said Loden.
An investigation into the crash revealed that the vehicle, owned by Prestige Limousines, had failed inspections and that the driver, Scott T. Lisinicchia, was not licensed to drive that vehicle.
On Oct. 10, state police arrested Nauman Hussain, operator of Prestige Limousines and the son of the owner, former FBI informant Shahed Hussain, and charged him with criminally negligent homicide.
Loden hopes the memorial will be built in time for the 1-year anniversary of the crash. But until then, he said, people are welcome to bring flowers or reflect at the memorials already in place.
“We encourage anyone who wants to come to come,” he said.