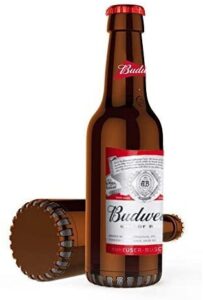 New Yorkers would pay a 10-cents-per-bottle deposit on an expanded list of redeemable beverage containers under new legislation that supporters say would “update” the state’s 40-year-old bottle bill.
Ulster County Assemblymember Kevin Cahill sponsors the bill to double the deposit from its current five-cents-per-bottle and expand eligible containers to include wine and liquor bottles, dairy products, ice teas, and sports drinks, and increase the handling fee for redemption centers to five cents per container.

“The Bottle Law is the most successful waste diversion and recycling program offered by New York State,” Assemblymember Cahill said. “Increasing the deposit and adding containers for wine, iced tea, and sports drinks will further incentivize returning these materials and remove litter from our roads and waterways.”

Lawmakers approved the 2009 bottle law expansion as part of that year’s state budget and over the objection of many manufacturers, distributors, and retailers.

Governor Kathy Hochul unveiled her 2022-23 state budget as this edition of The Freeman’s Journal/ Hometown Oneonta went to press; the spending blueprint does not appear to include any bottle law revision at this time. With at least eight to 10 weeks of negotiation ahead with the state Legislature, however, lawmakers and advocates will use the opportunity to forward their own issue and spending priorities as part of the spending plan due April 1, 2022.