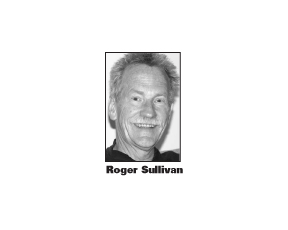 OTEGO – Roger B. Sullivan, 68, SUNY Oneonta associate vice president/enrollment management, passed away on Jan. 4, 2019, at his home in Otego. He also had a home in Sunset Beach, N.C.
Roger was born on Dec. 28, 1950, in Ogdensburg, the son of Roger P. and Velma I. (O’Shaughnessy) Sullivan.
He graduated from Lisbon  Central High School and later earned undergraduate and graduate degrees from SUNY Potsdam and Bowling Green (Ohio) State University, respectively, before beginning a 40-year career in the SUNY system.
In 1996, SUNY Oneonta then-President Alan Donovan hired him to improve the college’s enrollment..Roger helped SUNY Oneonta gain national recognition, most notably in its rise in the U.S. News rankings to a Tier One Public Masters College as well as its recognition as a Top 10 Best Public Colleges in the North.
During his career, Roger received SUNY Chancellor’s Award for Excellence in Professional Service, was a founding member and a president of the New York State Transfer and Articulation Association, was an invited faculty member at several international Strategic Enrollment Management Conferences, and participated in many SUNY-wide task forces.
Roger served on and was president of the Otego Zoning Board of Appeals, co-chaired SUNY Oneonta’s annual United Way Campaign and was a member of the Catskill Symphony Orchestra Board of Directors. Roger was also a member of the First United Presbyterian Church of Oneonta, where he was ordained as an elder and where he served on multiple church sessions.
Roger is survived by his wife of 45 years, Jane “Henry” Sullivan, to whom he was married on Aug. 18, 1973; daughter, Sarah Dubowsky (Eric Dubowsky) of Ridgewood, N.J.; son, Shaun Sullivan (Tiffany Hurd) of Hampton, N.H., his cherished grandchildren, Alexis, Magnus, Aoife, Kahlen and Isabella; and numerous aunts, cousins, nieces, and nephews.
In addition to his parents, Roger was predeceased by his younger brother, Todd of Rochester.
A Memorial Service will be at 11 a.m., Saturday, Jan. 26, at the First United Presbyterian Church (“Red Door” Church) in Oneonta.
Contributions in Roger’s memory may be given to the Catskill Area Hospice and Palliative Care, 297 River Street Service Road, Oneonta, NY 13820, or the United Way of Otsego County, c/o 31 Maple St., Oneonta, NY 13820.