White House Moves to Plan B for Glasgow Climate Summit

Haiti Gang That Kidnapped U.S. Missionaries Threatens to Kill Them 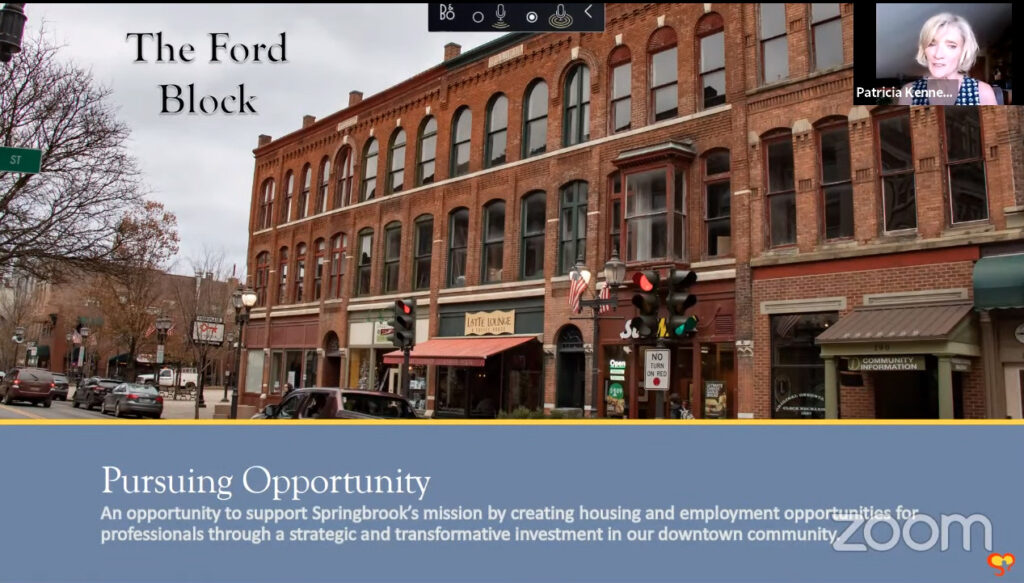 Springbrook, an organization that provides support for the developmentally disabled, is purchasing the Ford Block building on 212 Main St. in Oneonta for the purpose of providing housing for young professionals.

The project will include renovations of the upper two stories of the building, with 22 to 24 market rate residential one and two bedroom apartments.

Springbook CEO Patricia Kennedy stated during a presentation to the Common Council on Tuesday, May 18, that there was a need for housing not focused around students for Oneonta, because of the difficulty in finding apartments in the area.

“We can only be as successful as our downtown is,” Kennedy said.

Kennedy said Springbrook intends to preserve the building’s facades and historical characteristics, while upgrading the interior to improve energy efficiency.

Scott Townsend, whose firm 3t Architects of Troy, emphasized the mission to preserve the historic aspects of the building.

“I don’t want anyone to worry about us doing anything with the façade,” Townsend said. “We don’t want to do anything that will hurt the integrity of what’s there.”

A pedestrian bridge that will link to Main Street is also a part of the plans. There is a tentative plan to use a brick wall hallway in the building as a display for historical information about Oneonta, along with art from local galleries.

“The whole idea is that it becomes a flexible space that can change over time,” Townsend said. 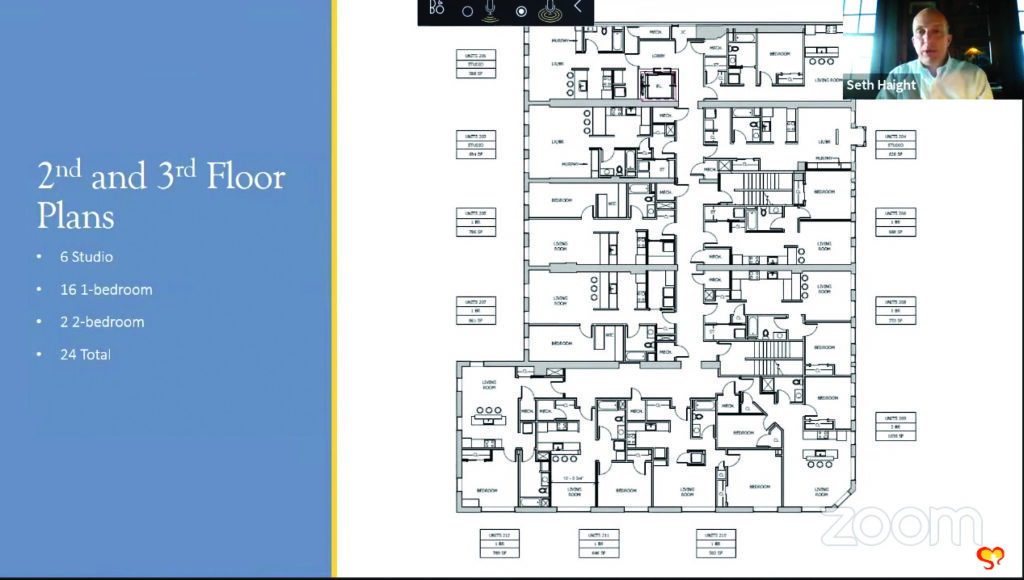 The mayor and council members expressed enthusiasm about the project, which is slated to begin construction this fall, with an anticipated completion time of fall 2022.

“I just have great confidence that whatever is built there is going to be first class, top to bottom,” Mayor Gary Herzig said.

“This is very exciting and this is what Oneonta is all about,” Councilmember Len Carson, R-Fifth Ward, said.

“That building has sat vacant upstairs for far too long,” Rissberger said.

Kennedy sought to assure the council that Springbrook has the best intentions for the building.

“We’re incredibly proud of all our buildings,” Kennedy said. “We would be good stewards of that building.”