People get soaked at zoo for Special Olympics

Buccaneers' back-to-back incredible plays put them up touchdown in NFC Championship vs. Packers

Talks between McConnell and Schumer stalled over power-sharing agreement

Draws From Miles Around 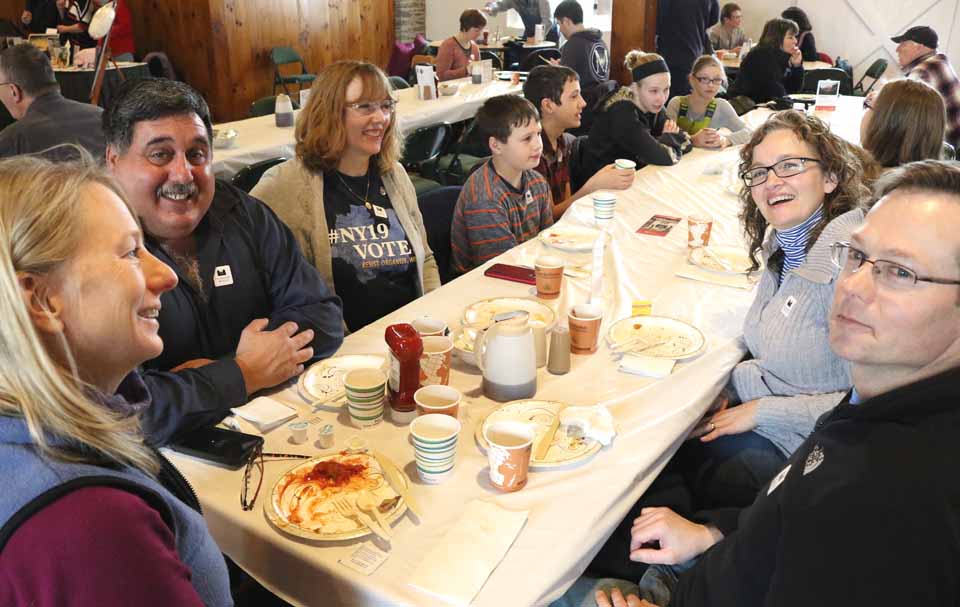 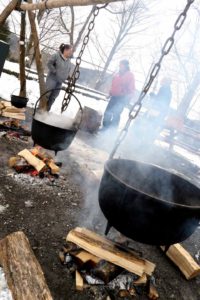 Oneonta pals Tom and Amy Pondolfino, left, and Dave and Rachel Rissberger, brought their families to The Farmers’ Museum in Cooperstown this morning, as the March-long Sugaring Off Sundays got underway. Folks feasting on pancakes and enjoying the syrup-making exhibits reported coming from as far away as Cropseyville, on the other side of Troy. At right, Christine and Rodger Potocki, New Hartford, ask resident farmer Mykel Goodwin of Morris about the details of sap boiling.  It’s not too late to partake:  Breakfast is served until 1 p.m. (Jim Kevliin/AllOTSEGO.com)