This chart should be getting Trump's attention

Trump demands that schools reopen, with parents caught in the crossfire

Texas Lt. Gov. Patrick calls teachers 'essential workers' who need to be back in the classroom this fall

To Shelter Us Campaign 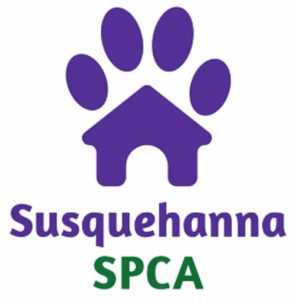 INDEX – With construction underway at the new Animal Shelter here, Susquehanna SPCA today announced receiving a $100,000 challenge grant, which will match every dollar contributed to the $5 million project between now and Aug. 1.

“To have an anonymous donor offer us a challenge grant of this magnitude at such a crucial time for our project is truly amazing,” said SQSPCA Executive Director Stacie Haynes.

END_OF_DOCUMENT_TOKEN_TO_BE_REPLACED

COOPERSTOWN – Having received word of a $100,000 grant, Cooperstown Distillery President Gene Marra says construction will begin, perhaps as soon as next week, certainly this month, on a 7,500-square-foot two-story addition off the back of its Railroad Avenue plant.

“These funds will accelerate the construction of a new storage facility adjacent to our existing distillery in Cooperstown, as well as facilitate the hiring of new employees to staff the facility and support our expansion,” Marra said.  “We believe this project will be a true win-win for both the company and also for the Village of Cooperstown and the community.”

END_OF_DOCUMENT_TOKEN_TO_BE_REPLACED

HARTWICK SEMINARY – Local benefactors have contributed more than $100,000 to the Susquehanna Animal Shelter leading up to Christmas, Executive Director Stacie Haynes has announced.

END_OF_DOCUMENT_TOKEN_TO_BE_REPLACED

COOPERSTOWN – This year’s Chobani Foundation Tennis Classic, the seventh, reached the fundraising goal of $100,000 for Pathfinder Village, the Edmeston facility for people with Down syndrome and disabilities announced.

Sept. 6 play was organized by a volunteer committee led by co-chairs Bob and Pat Hanft of Cooperstown, who have guided the growth of the tournament since it began in 2010.