At Cooperstown Bat, Best Yet To Come 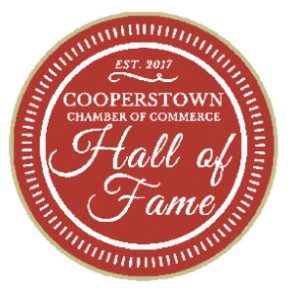 Best Yet To Come

COOPERSTOWN – At Cooperstown Bat Company, it’s the sound of success.
“We have noticed a difference in the sound of the ball coming off of our bats,” said owner Tim Haney. “We know that the process in how we slowly dry the wood gives the bat a different sound. You can hear the difference.”
Cooperstown Bat is one of this year’s six inductees into the third annual Cooperstown Chamber of Commerce Business Hall of Fame Thursday, March 28, at Brewery Ommegang. END_OF_DOCUMENT_TOKEN_TO_BE_REPLACED

By SAM ALDRIDGE • for www.AllOTSEGO.com

COOPERSTOWN – The Cooperstown Bat Co. usually doesn’t take customers before 9 a.m., a policy that was forcefully circumvented at 7 a.m. Thursday when a fully grown buck smashed through the front door at 118 Main St.

“I thought I heard something moving around inside the store,” said Chris Miller, the Bat Company’s graphic designer and engraver. He was the first to reach the store that morning, entering via the back door, from where he could see that the entrance was in complete disarray.

As he opened the door, the animal barreled past him toward the office, said Miller, who promptly stepped out and locked the door, trying to register what had just happened.