Otsego County is seeing the highest surge in COVID-19 cases since the start of the pandemic, the Otsego County Department of Health (DOH) said in a statement Thursday.

“It is critical that everyone take responsibility to reduce the spread,” Otsego County DOH Public Health Director Heidi Bond said. “We know that social distancing, wearing masks, and getting vaccinated works. Please stay home if you are not feeling well.”

According to the Otsego County DOH , active cases are no longer going to be recorded because it is not possible to get an accurate number with limited contact tracing and case investigation. END_OF_DOCUMENT_TOKEN_TO_BE_REPLACED

If you’re looking for opportunities to experience exhilaration and local winter scenery, both the Clark Sports Center and Otsego Outdoors have activities that might just be your next adventure.

The Clark Sports Center hosts its third Frozen Toes 5-mile race and first-ever 2.5-mile Fun Run, each kicking off on Saturday, January 22 at 11 a.m. The races take runners around the Center’s property perimeter, with fields, wooded areas, and significant hills.

160 YEARS AGO
It is well known that a year ago the village of Cooperstown suffered to the extent of perhaps $20,000 on account of the prevalence of small pox — which was first contracted by one of our citizens in New York City. It nearly destroyed one trade for the entire winter; and put the county and the village to a large expense. To the mild type of the disease and the active precautions taken by the authorities may be attributed the fact that but few deaths occurred. It is to be hoped that the legislative members from this county will do what they can to aid the passage of some law which will place the sanitary affairs of our great seaport town (New York City) in better hands and under an improved system.
January 10, 1862 END_OF_DOCUMENT_TOKEN_TO_BE_REPLACED

We arrived at our winter redoubt in Arizona about a week ago. We have made this cross-country trek several times and always enjoy it. Even look forward to it.

Each of us experiences it differently. And those differences have elicited some curious responses when chatting about it with friends, not to mention some friendly quarreling about when to turn on
the radio to catch up on the news.

One of my quirks when traveling is to shut out the news as much as possible. I could easily drive back and forth across this endlessly beautiful and fascinating country without ever turning on a radio or sticking those god-awful buds into my ears. I am one of those rare birds who, as Thoreau put it so sagely in Walden, has “never met a companion as companionable as solitude.” END_OF_DOCUMENT_TOKEN_TO_BE_REPLACED

The son of two former members of my religious congregation died of complications of COVID over this past weekend. He was 38 years old. Of course, his parents are devastated. He was an adamant anti-vaxxer.

Currently, in the intensive care unit at Bassett Hospital, which, by the way, is full, there is a 30-something female who has complications of COVID. I’m told that she had been vaccinated, but I don’t know her booster status or whether she was eligible.

New York ordered every hospital in the state’s Mohawk Valley, Central New York, and Finger Lakes regions to its list of “impacted facilities” to stop non-essential, non-urgent elective surgeries “due to the increasing COVID-19 cases and hospitalizations” in those regions. That includes the whole of the Bassett Healthcare System with the exception of O’Connor Hospital in Delhi. END_OF_DOCUMENT_TOKEN_TO_BE_REPLACED

Far be it from this page to look a gift horse squarely in the mouth, but open wide, equine friend:
Term limits aren’t government reform.

We do not blame Governor Kathy Hochul for saying eight is enough when it comes to years in office for a governor. Her predecessor’s bullying monomania for cementing his legacy by winning the fourth term that eluded his father was his undoing.

She calls for that same two-term limit on the lieutenant governor, attorney general, and comptroller. She ups the ante putative Republican gubernatorial candidate Lee Zeldin slapped on the table in December — his proposal would, so far, limit only the governor’s time at the helm. Neither yet loops in the state Legislature — a wise political move, given the fact that it’s the state Legislature that would have to approve the deal in the first place before sending to the state’s voters. We doubt they’d agree to vote themselves out of office, but we also think they’d be hard-pressed to carve themselves out if public pressure demanded otherwise. END_OF_DOCUMENT_TOKEN_TO_BE_REPLACED 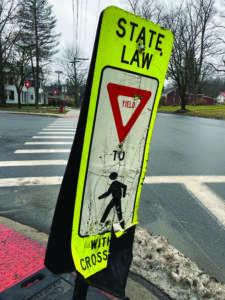 I get a kick out of the ROUGH ROAD sign on I-88 west, just past the Worcester exit. The overused “Thanks, Captain Obvious” comes to mind as my car frame rattles through the next dozen miles of highway that, atmy most charitable, I refer to as ‘rough.’

Closer to home, I look forward to the LED radar speed limit signs that tell me precisely how fast I am going as I enter Cooperstown’s village limits. I do not discount their value, particularly for those of us who occasionally may be prone to a lead foot. I’d rather not run a story in this newspaper about how its editor got pinned for going 40 in a 30 or some such. Those signs — at every main road entry to the village — provide wise guidance for our out-of-town visitors who may need the reminder that they’re not on the Garden State Parkway so it might be a good idea to tap the brakes.

But they sure are rude. The one on Route 28 as you’re driving into town — I get that the village speed limit is 30, but if I’m going 31 — 31! —do you have to shout — in all capital letters — WARNING? Same on 80 out by The Farmers’ Museum — TOO FAST, it barks as I brake from my tire-shredding 35 down to 30. END_OF_DOCUMENT_TOKEN_TO_BE_REPLACED 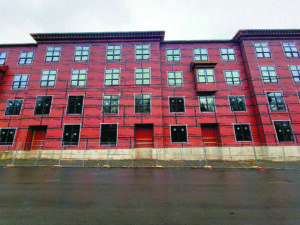 Federal, state, and local representatives all agreed broadband access remains a significant impediment to Otsego County’s economic growth as they spoke to the Otsego County Chamber of Commerce’s virtual “2022 State of the State” presentation on January 11.

“Washington talked about infrastructure for decades,” Rep. Delgado said in his keynote address. “Finally in 2021 we were able to come together and get something done. Based on formula funding alone, New York should get $1 billion in highway repair funds, $2 billion for bridges, and $100 million for broadband access across the state.” END_OF_DOCUMENT_TOKEN_TO_BE_REPLACED 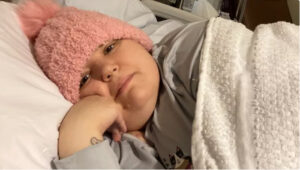 [Editor’s note: Last week, we published a letter from Ln Alessi about her daughter, Vincenza, a 2012 Cooperstown Central School graduate who received a bone marrow transplant. This is an update to that letter.]

“I was disappointed when I listened to Governor Hochul’s State of the State message last week,” he said. “When she started talking about increasing tax credits for farmers to offset operating costs, to me, that was a private message that the Wage Board will drop the overtime threshold.” END_OF_DOCUMENT_TOKEN_TO_BE_REPLACED 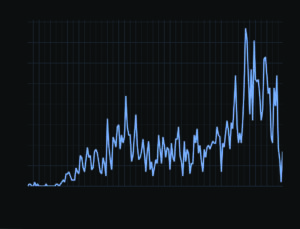 Public Health Director Heidi Bond told the January 5 Otsego County Board of Representatives her office is pushing New York State to speed up delivery of results from its Milford COVID testing facility as virus cases in the county go “through the roof.”

“Results come back within six or seven days and it should only take two,” she said in a virtual address to the Board. “We’re pushing the state to push the contractor to rectify that.”

“We’re trying to move to where the County Department of Health notifies people of their test results,” she said of the Milford logjam. END_OF_DOCUMENT_TOKEN_TO_BE_REPLACED

KN95 masks will be made available (FREE) for distribution to the public, beginning tomorrow at the Richfield Springs Fire Department on East James Street in the Village from 6 – 8 pm and again on Saturday, January 15 from Noon until 5 pm or until supplies last.