Mourners are holding a candlelight vigil outside of the Supreme Court

Justice Ginsburg's former law clerk describes what it was like working with her: 'She was my idol'

Over the course of 20 years of closed-door conversations, Ruth Bader Ginsburg shared her thoughts on her career, Scalia, President Trump and other issues of the day

Trump: 'Today, our nation mourns the loss of a titan of the law'

Senators appear to change stances on confirming successor to Ginsburg vs. Scalia, but argue 2020 is different

AOC says Ginsburg's death should 'radicalize' Dems: 'I need you to be ready'

Hillary Clinton: Ginsburg 'paved the way for so many women, including me'

Flashback: Biden promised to release a list of Black women he could nominate to SCOTUS 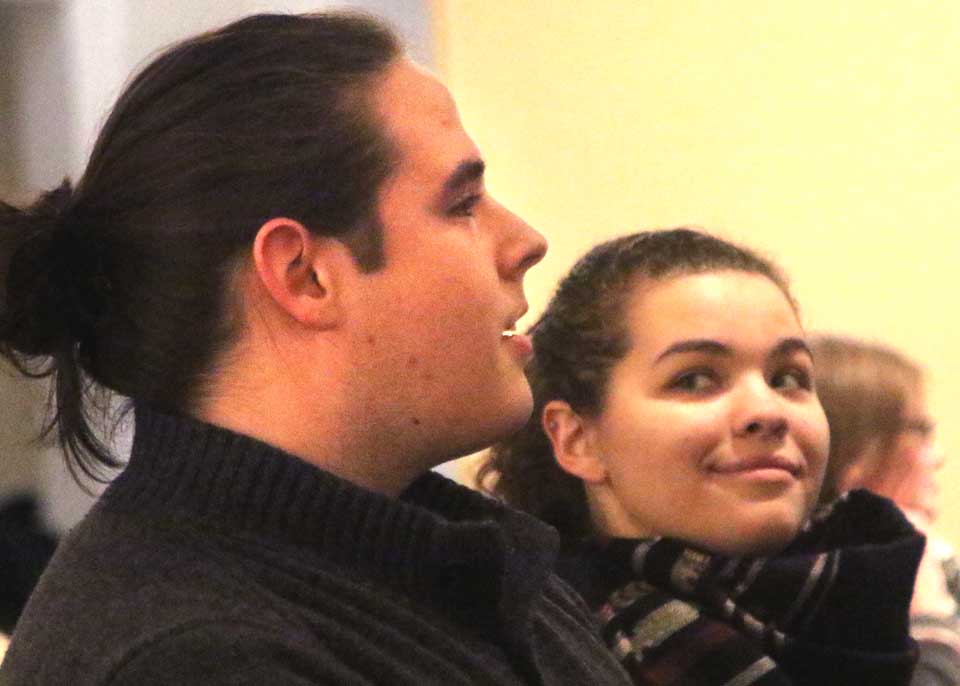 Sean Miller, top photo, right, looks admiringly at MacGuire Benton after nominating him for a one-year term on the Cooperstown Village Board at the Democratic Caucus this evening in the top-floor ballroom at Village Hall.  Two incumbents, inset, Jeanne Dewey and Richard Sternberg, were nominated for the two three-year terms that are open in the March elections.  The village Republicans failed to caucus this year, so the three are assured reelection, absent a write-in candidacy.  Newcomer Benton is a graduate of Cooperstown Central School and has studied at Cazenovia and SUNY Oneonta.   Most recently, he has been a staffer for such candidates as Brian Flynn, who ran for the Democratic nomination for Congress in the 19th District.  His parents are Mark and Marianne Benton of Cooperstown.  (Jim Kevlin/AllOTSEGO.com)

GOP Bows Out, No Independents In Yet