FRIEDELL’S: Kudos Given for ‘Greetings’ Poem

Kudos Given for ‘Greetings’ Poem

My wife and I so enjoyed the “Greetings, Friends” poem in your recent edition; no apology to Roger Angell or “The New Yorker” necessary! We look forward to next year’s version.

To Ready Garden By Graduation 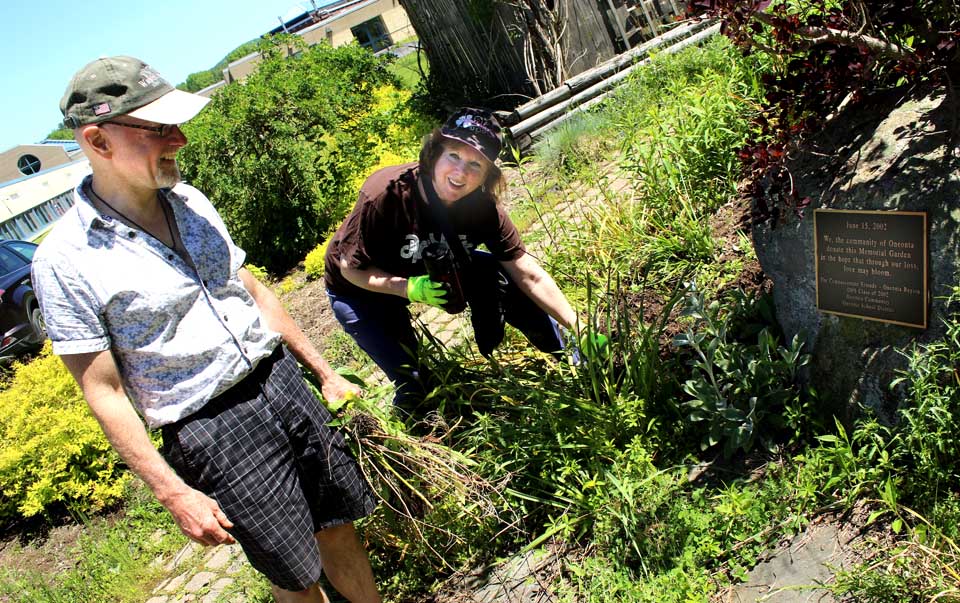 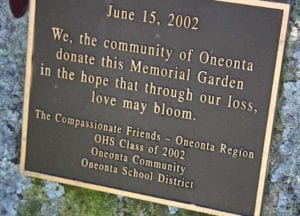 To complete the work begun by a work party today, Compassionate Friends of the Oneonta has scheduled a second work day for 10 a.m. Saturday, June 22, to plant and clean the Memorial Garden behind Oneonta High School in time for the next weekend’s graduation.  Weeding here are Diana Friedell and Michael Haehnel, who worked with the OHS Class of 2002 to build the Memorial Garden, and with the Class of 2004 to build a pond behind the gazebo there.  Joining them in today’s cleanup were Michael’s wife, Maureen, Marilyn Rosas and Jackie Rowe.   Diana and Michael recalled that OHS then-Principal Scott Rabeler, Class President Cory Harold and Asbury Gardens were big proponents of the garden, intended to memorialize both students and community members who pass away with both the marker and memorial bricks.  The Friedells had lost son Russ and the Haehnels daughter Maren in accidents.  (Jim Kevlin/AllOTSEGO.com)