In Vets’ Hall Of Fame

Seward called him “a true American hero,” adding, “Michael was an exemplary soldier who cared deeply about his country and the men and women he served alongside.  Tragically, Michael lost his life in Iraq in 2009 and his ultimate sacrifice must always be remembered.”

Mayne, then 21, of Burlington Flats, was serving with Operation Iraqi Freedom.   He was assigned to the 5th Squadron, 1st Cavalry Regiment of the 1st Stryker Brigade Combat Team, a unit of the 25th Infantry Division based at Fort Wainwright, Alaska.

END_OF_DOCUMENT_TOKEN_TO_BE_REPLACED 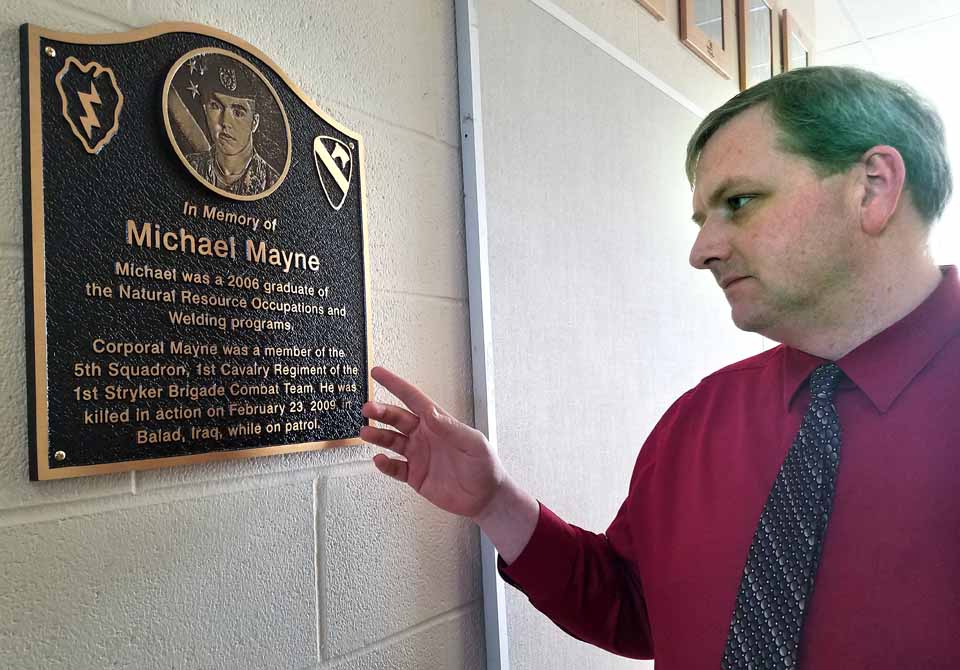 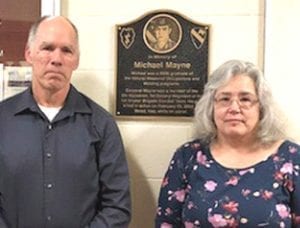 ONC BOCES Principal Ryan DeMars, top photo,  examines the plaque dedicated yesterday at the Milford campus in memory of Army Cpl. Michael L. Mayne of Burlington Flats, who died Feb. 23, 2009, a decade ago, while  serving in Operation Iraqi Freedom. In Corporal Mayne’s memory, BOCES Assistant Superintendent Joe Booan led a candlelight ceremony, which was attended by his parents, Lee and Cathy, inset photo.  Mayne, then 21, was killed by insurgents while on patrol in Balad, near Baghdad. Killed with him were two other American soldiers, Cpl. Michael Alleman, 31, of Logan, Utah, and Cpl. Zachary Nordemeyer, 21, of Indianapolis, as well as an interpreter. (Ian Austin/AllOTSEGO; BOCES)