Manchin: 'I'm supporting the filibuster' but 'it should be painful' to use

Oneonta Airport Will See Growth Over Next 20 Years, Consultants Say

To Grow Over Next 20 Years

ONEONTA – For years, it was believed that as many as 23,000 takeoffs and landings happened annually at the  Albert S. Nader Regional Airport since the 1980s.

“People would go with the old number and it was just gathered by word of mouth,” said Staff.

Staff and  Turner Bradford, senior engineer for the Binghamton-based firm, presented the updated data to Common Council this evening.

END_OF_DOCUMENT_TOKEN_TO_BE_REPLACED 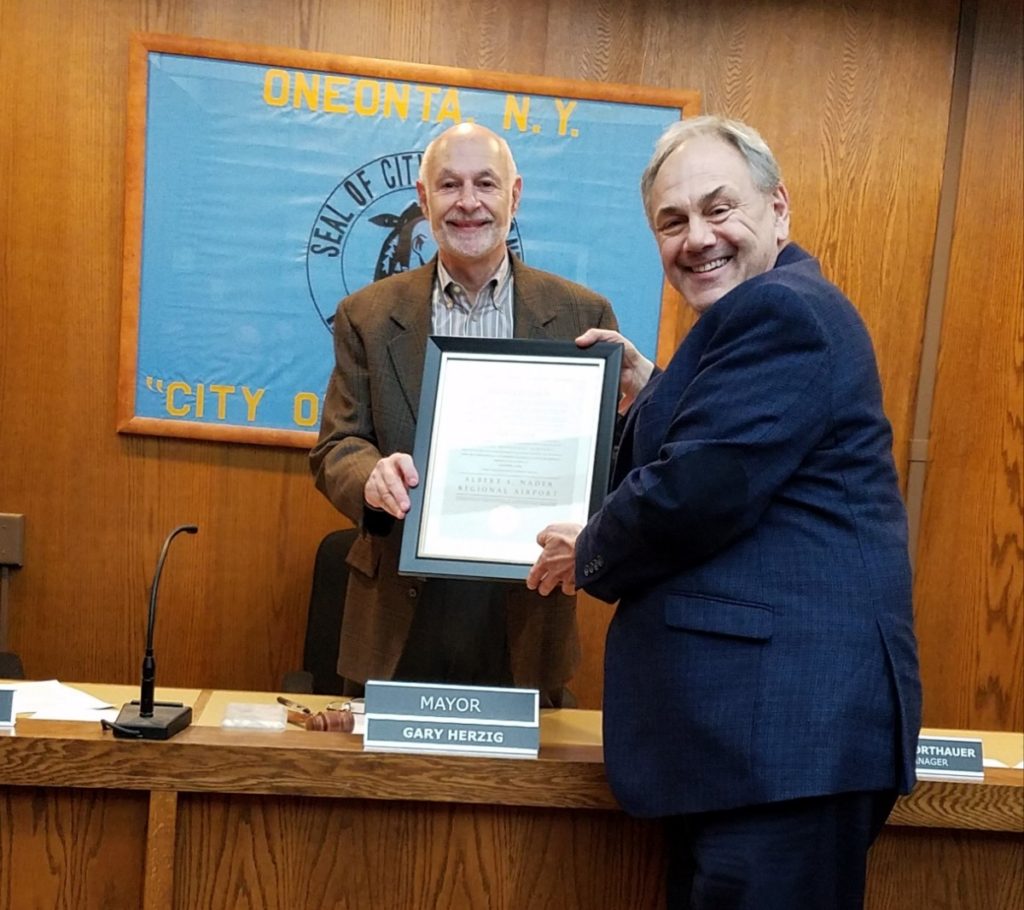 END_OF_DOCUMENT_TOKEN_TO_BE_REPLACED

ONEONTA – With the idea of bringing the airport and Wilber Lake Reservoir within city limits, Common Council has invited the public a workshop on annexation Monday, March 27, after the Finance/Human Resources Committee meeting.

The workshop will be conducted by Wade Beltramo, counsel for the NYCOM, the New York State Council of Mayors & Municipal Officials.

SLIDE SHOW TAKES YOU THERE

To Consider FAA Grant For Airport

ONEONTA – Common Council is meeting in special session at 6 p.m. today to consider approving a $68,000 local share to enable a $1 million-plus Federal Aviation Administration grant for runway improvements at the Oneonta Municipal Airport and for updating the airport master plan, last revised in 2003.

The special session was required to meet the FAA grant deadline, according to Airport Commission chair Dennis Finn.