To Unatego Hall Of Distinction 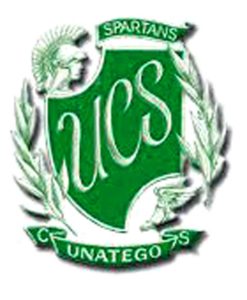 OTEGO – A former wrestler who excelled as a mechanical engineer and a professional musician were named to the Unatego Hall of Distinction, which celebrates the accomplishments of successful alumni.

Steve Hall was a 1983 graduate of the Unatego High School, where he excelled in wrestling and football, finishing in 7th place at the New York State Wrestling Championships his senior year.  He continued his athletic career at Worcester Polytechnic Institute as a four year varsity wrestler, finishing as a four-time All-New England wrestler and helping his team to New England Championships in 1985 and 1987.  He also earned honors in his senior year as an Academic All American.

A successful student throughout his time at WPI, he earned professional accolades throughout his career as a mechanical engineer, owning two US Patents, and serving as the President of the International Association for SMT Equipment Development and finished his technology career as the President of EKRA America, Inc.  He then returned to his alma mater where he went on to serve as the head coach of the WPI Wrestling team, leading them 93 victories in his 8 years as head coach, culminating with his winning honors as the New England Wrestling Association and National Wrestling Coaches Association Northeast Region Coach of the Year.

Aaron “Frosty” Foster, a 2010 graduate of Unatego, grew up listening to Bluegrass music, and received his first guitar as a Christmas present when he was ten.  Aaron, a Wells Bridge native, has always been interested in music and Bluegrass in particular.  While enrolled at Eastern Tennessee State University studying Business Management, he took several music electives, ultimately leading to his graduation with a degree in Interdisciplinary Studies with a minor in Bluegrass, Old Time, and Country Music Studies.

While in college, Aaron played guitar in the ETSE Bluegrass Pride Band, which earned recognition by being part of two Bluegrass Today top 20 singles.  He continued to pursue his music career after college, producing two albums and several singles, including Reaping the Blues and Opening Doors.  He played guitar for several years as a member of the band Dreamcatcher, and most recently joining the Amanda Cook Band as a guitarist.

The Unatego Hall of Distinction honors graduates of Unatego, or from the previous districts of Unadilla Central and Otego Central, who have distinguished themselves through recognition, honor and distinction during their lives.

This year’s induction ceremony will take place during the Dan Wickham Wrestling Tournament on Saturday, January 11.  A reception is scheduled for 5:30 p.m in the Board Room at the Jr Sr High School followed by the ceremony at 6:00 pm in the High School gym.  Members of the public are invited to attend.