Dog rescued after getting paw stuck in escalator

A tour of the new Reagan National concourse

Jake Paul claims to have 'early signs of CTE,' then recants statement: 'Should not have misspoken'

McFarland: Media know Russia narrative is 'lies' but run with it anyway

Mom of four killed when neighbor’s gun accidentally goes off 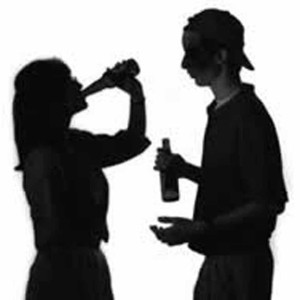 The suspensions were ordered today by Chairman Vincent Bradley and Commissioner Kevin Kim at a regular meeting of the full board. Effective immediately, no alcohol can be served or consumed on the premises.

At Legends, SLA investigators documented 10 direct sales to minors, in addition to obtaining one sworn statement from an underage patron, according to an SLA press release.

The bar was charged with 13 violations, including 11 underage sales, failure to supervise the premises, and employing an unlicensed bouncer.

At Choice Ultra Lounge, the investigation team found that of the approximately 85 patrons at the bar, 70 were underage, with SLA investigators documenting 12 direct sales to minors, the press release said.

The bar was charged with 14 violations, including 12 underage sales, failure to supervise the premises, and for failing to offer food, as the establishment is licensed as a restaurant.

Previously, Choice Ultra Lounge was fined $3,000 in March 2015 by the SLA for selling to a minor.

“Cracking down on underage sales is a priority and the SLA will not hesitate in taking immediate action against bars that blatantly break the law,” said Chairman Bradley. “We will continue work with our state and local our partners in law enforcement across the state to hold licensees accountable.”

When the SLA summarily suspends a license, it also serves a Notice of Pleading alleging one or more disciplinary violations.

In invoking a summary suspension, the SLA has deemed the violation to be sufficiently serious upon initial review to warrant an immediate suspension.

The SLA’s decision to summarily suspend a license is not a final determination on the merits of the case. The licensee is entitled to an expedited hearing before an administrative law judge.

An order of summary suspension remains in effect until such time as it is modified by the SLA or a reviewing Court.