Analysis: 'Normal' will look very different when this is over

Victims: An interview left Erin Burnett in tears. You will cry too

Firefighter lieutenant explains FDNY's salute to health care workers: 'We all want to show our appreciation'

Joe Rogan would vote for President Trump over Joe Biden: 'I don’t think he can handle anything'

Erin Burnett breaks down while interviewing widow of COVID-19 victim 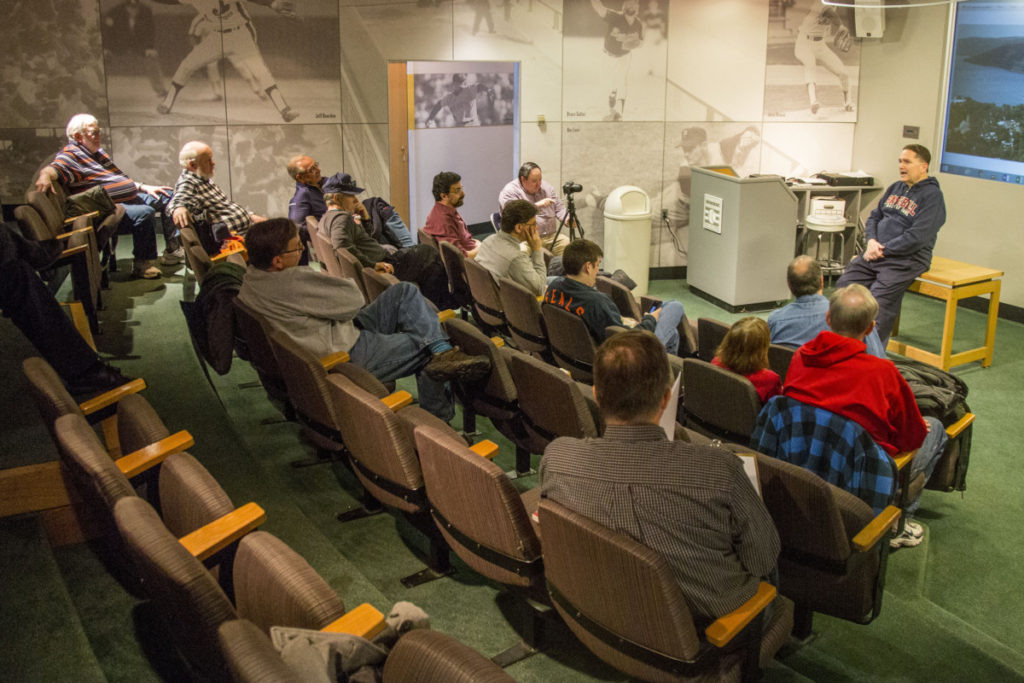 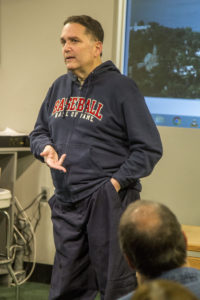 Speaking to the Cliff Kachline chapter of the Society of American Baseball Research (SABR) at the Hall of Fame today, Doug  Gladstone, author of “A Bitter Cup of Coffee: How MLB & The Players Association Threw 874 Retirees a Curve,” detailed how hundred of retirees failed to gain Players Association pensions.  Players who retired before 1980 earn only $625 per quarter for every 43 roster days in the Major League, he said. Gladstone encouraged society members, who include Cooperstown Mayor Jeff Katz, to reach out and urge the Players Association to right a wrong.  “If they awarded $10,000 per year to the 645 living players, it would cost the Players Association about $6.5 million,” said Gladstone. “I’ve been called an agitator, but this country was founded on agitators. You can call me any name in the book, but no one has ever called me wrong.”  (Parker Fish/AllOTSEGO.com)

One thought on “Baseball Activist Speaks In Cooperstown”