COOPERSTOWN – According to tally just received, Kathy Clark, R-Otego, still lacks sufficient votes to keep her chairmanship of the Otsego County Board of Representatives. 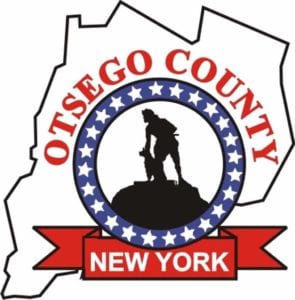 Clark has six of the 14 votes, a minority.  Under the board’s weighted voting system, those county reps have more-than-average clout, but their combined votes only add up to 2,842, still short of the 3,084 votes she needs for reelection.

If Clark’s challenger, county Rep. Len Carson, R-Oneonta, can keep the support of Republicans Peter Oberacker, Maryland, David Bliss, Cooperstown/Middlefield, and Dan Wilber, R-Garrattsville, and Democrats Andrew Stammel, Town of Oneonta, Andrew Marietta, D-Cooperstown/Otsego, and Gary Koutnik and Kay Stuligross, both of Oneonta, he will be board chair by noon Wednesday.