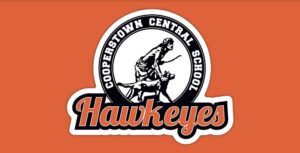 Cooperstown Central School Superintendent Sarah Spross says she and the district’s Board of Education are moving quickly to address student-raised complaints about bullying and racism on school grounds as they investigate complaints parents have raised about school leadership.

“Any complaint that has been brought to my attention has been investigated,” Ms. Spross said. “Personnel matters at any level demand complete confidentiality. We know people want immediate action or an immediate response whenever a complaint is raised, but that’s just not the way it works.”

Board of Education President Timothy Hayes said the Board and school administrators follow a specific process in matters involving personnel.

“The Board of Education is bound by a volume of rules and laws on how to deal with situations like complaints, and it is a process,” Mr. Hayes said. “I’m not always certain that people understand that. Some issues won’t be solved in an instant and we owe it to everyone to follow the process that is laid out for us by state law.”

Explaining that the Board discusses personnel matters in Executive Session closed to the public, Mr. Hayes said, “An Executive Session duly called is the end of the feedback loop. We’re prohibited by law from discussing what we’ve said and decided in Executive Session. I cannot go back to a person who raised an issue and say, ‘Here’s what we discussed and here’s the outcome.’ It’s just not possible.”

“This is not a Board of Education that sweeps things under the rug,” he said. “There is not a person on this Board that backs down if people believe that the delivery of education is being denied.”

“People have to trust the process and understand that we are asking all of the questions that need to be asked,” Mr. Hayes said.

He dismissed anonymous complaints as “unproductive,” and said, “I refuse to read any of that because I can’t respond.”

Where Superintendent Spross is responding is what she calls a three-prong plan to address student complaints about increased incidences of bullying and racism in school hallways – including new security cameras, enhanced and mandatory training for all school staff, and a new immersive program for students and teachers about standing up to bullying.

The Superintendent is bringing the national “Sweethearts and Heroes” program to Cooperstown in March – a district-wide all-ages initiative for staff and students designed, according to its website, to “educate on the impact of bullying, build empathy and compassion in our youth, and develop young Sweethearts & Heroes to promote bystander empowerment through leadership roles.”

“That program comes from an admitted ex-bully,” Ms. Spross said. “This is someone who speaks to students from his own experiences and talks about bullies and how to stand up to them.”

The district also is reviewing nearly a dozen policies, some legacy, others new, addressing student conduct, teacher and staff conduct, and related issues.

“We need to assure alignment of all these policies and consolidate them to make sure they’re fully understood,” she said.

That process underway, the Superintendent said the district has launched enhanced training for the staff with regard to the federal Dignity for All Students Act (DASA) – the law students referenced during the December 2021 Board of Education meeting as the basis for their complaints.

“Everyone on our staff has had DASA training but they’re getting it again,” Ms. Spross said. “We began with the coordinators and educators and brought in outside experts from BOCES who have deep knowledge of the whole DASA process. It’s critically important to have outside voices and we’ll be following up with them throughout our training.”

She said initial response to the new training regimen has been “uniformly enthusiastic.”

The district also will install four new security cameras in both the elementary and junior/senior high school buildings over the upcoming summer recess.

“We’ve reviewed the plans for the buildings and identified four places in each where we can have improved security camera coverage,” she said, noting that none of the cameras would be placed in locker rooms or rest rooms. “We want students to know that they can feel safe walking in the hallways wherever they are in our buildings.”

“A solution to the bullying issue is not a one-and-done thing,” Ms. Spross said. “It takes time to change the culture. We’ve heard what the students have said to us and we are starting the change now.”

“We need to put all of these pieces in place to get to that solution,” she said. “We need to address the ‘why’ in this situation because, as we know, discipline alone doesn’t always work. We’re taking this seriously.”

Read more about the Sweethearts & Heroes program at sweetheartsandheroes.com.