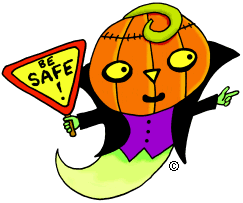 The enforcement campaign began last night and runs through Thursday, Nov. 1, and is funded by the Governor’s Traffic Safety Committee.

“We want everyone to have a happy Halloween, but we also want them to celebrate safely and responsibly,” said Superintendent George P. Beach II. “Halloween is meant to be a fun holiday, but it can turn deadly when someone makes the wrong choice to drink and drive. Our message is simple: If you drink, don’t drive.”

He added, “Drivers should also exercise caution as children and their parents will be out walking our streets. Be mindful of the extra pedestrian traffic. Together, we can work together to make our roads safer for all who travel and walk them.”

Drivers can expect a number of sobriety checkpoints and additional DWI patrols.  Police will also be looking for drivers using their phones while behind the wheel, plus illegal sale of alcohol to minors through underage drinker enforcement details statewide.

Troopers will be using both marked cruisers and unmarked cars to more easily identify law-breakers.

The National Highway Traffic Safety Administration reports Halloween can be particularly deadly, due to drunk drivers.

During last year’s initiative there were 1,593 accidents, more than 226 of which resulted in someone being injured. One person was killed. Troopers also arrested 248 people for DWI and issued more than 9, 057 tickets for speeding, distracted driving and other traf