For Anyone Walking Main Street 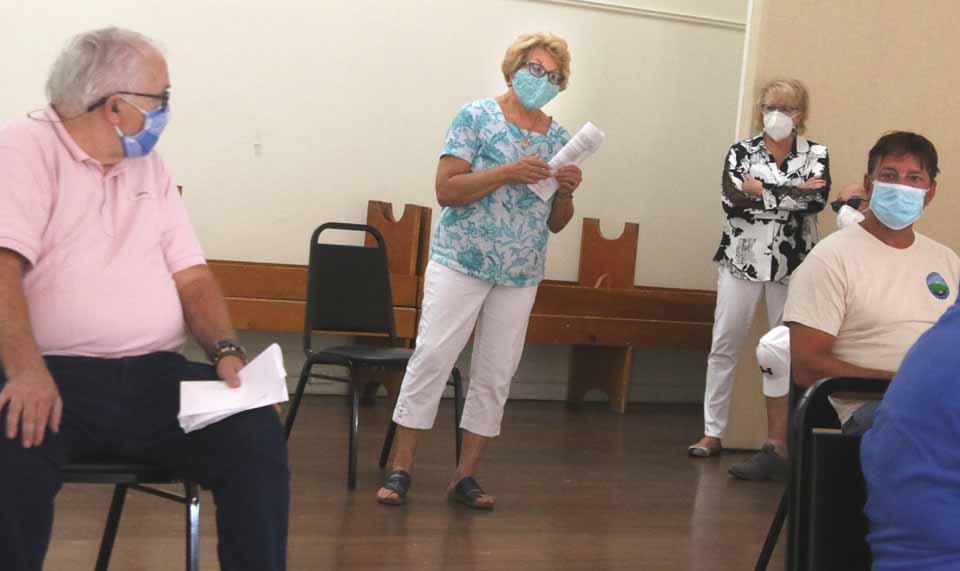 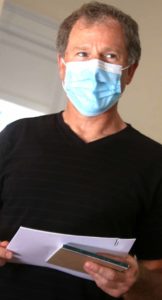 The Cooperstown Village Board this evening unanimously approved a local law requiring everyone to wear a mask on Main Street sidewalks between Fair Street and Pine Boulevard, and on Pioneer Street from Lake to Church streets.  Only 21 seats were permitted in the Village Hall’s second-floor ballroom, but they were mostly filled, primarily with citizens supportive of the law.  In top photo, Marge Landers, Glen Avenue, commends the trustees for proposing the law, as did Bertine McKenna, Brooklyn Avenue, behind Landers.  “You cannot be too careful,” said McKenna, retired Bassett COO.  Neil Weiller (pink shirt), a former trustee and Muskrat Hill proprietor, speaking in favor, asked, “Who’s going to take care of MY security?”  From walking his dog between his store and Chestnut, he’s counted one person in 10, one in seven, and two in eight people wearing masks.  Three of the dozen people speaking at the public hearing questioned aspect of the law, including Inn at Cooperstown proprietor Marc Kingsley, inset right, calling it “a huge negative for Cooperstown (that) will drive away guests … and further hurt our many local businesses.”  At the meeting’s outset, Mayor Ellen Tillapaugh Kuch gave a synopsis of correspondence received on the topic: 33 aye, representing 38 people, including letters from Bassett Hospital President Bill LeCates and the Hall of Fame, signed by President Tim Mead and board Chairman Jane Forbes Clark.  There were only four nays. (Jim Kevlin/AllOTSEGO.com)

FULL DETAILS IN THIS WEEK’S NEWSPAPERS,