Europe's ski resorts are facing the 'season from hell'

Save up to $60 at Amazon with targeted American Express cards

The best fashion and beauty deals to shop this Black Friday

Save on a new laptop with these Black Friday deals

The best deals to shop at Sephora's Black Friday sale

The top tech deals worth shopping on Black Friday

Trump continues fight in Wis., Pa.: ‘We have found many illegal votes’

2 hurt after rented red Ferrari wipes out on Chicago expressway

‘Populism’ Isn’t A
Dirty Word,It’s As
American As Apple Pie 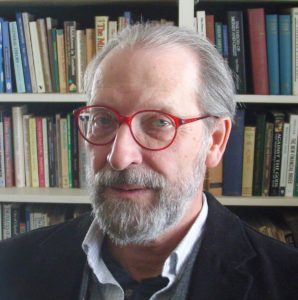 Since 2016, we’ve had an explosion of political upheavals around the world – all widely described as populist: the Brexit vote in Britain, Trump’s election, and the rise of separatist and nationalist parties in Europe and beyond. We can also include the “yellow vests” in France and movements in places like Brazil, Venezuela, Mexico, and the Philippines.Back in 2008, at the time of the financial crisis, I published a book about the history of populism called “Fixing the System: A History of Populism, Ancient & Modern.”  It didn’t make me famous, but it did aim to understand the rising political phenomenon of populism – something which since has morphed into a global tidal wave.

Populism is easily misunderstood. It can be found on both the left and right of the political spectrum. It’s not about how liberal or conservative you are. It’s about the failure of the system to provide economic and social security for a large part of the population.

Populists object to the status quo, to being ruled by elites, to what they see as a rogue establishment, whether left-leaning or right-leaning, that’s no longer accountable to the general public.

American populism has a rich if often forgotten history. Nineteenth-century American populists were not socialists, but small-scale capitalists. They were farmers, artisans, and professionals. Private enterprise was central to their values. The ideal was to own your own business, not to work for a corporation.

Populists fought to keep private enterprise widely distributed among many small, independent producers, and to resist the emergence of dominating monopolies.

In mainstream American media today, however, “populism” is mostly a dirty word. The media paints a picture of populists as angry malcontents responding to their problems out of emotion rather than reason.

They are said to be easily seduced by demagogues, like Trump, who play on their fears rather than their hopes, on their economic and social insecurities, and who find scapegoats for them
to blame. 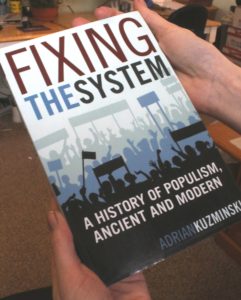 Real populism, however, isn’t so easily fooled by demagogues.

In the heyday of American populism – in the 19th century – a series of movements led by farmers, artisans, and other small business people recognized that growing corporate power, particularly among railroads and banks, was destroying the free enterprise system of small, independent producers.

These old-time American populists were battling the powerful trusts, or monopolies, that came to dominate the economy after the Civil War.

In key infrastructure areas like transportation and energy, the monopolies were able to set exorbitant rates for services and products, including access to resources and credit. Small businesses were hamstrung and ultimately marginalized in favor of large enterprises which were able to make the rules for economic success.

To remedy this, the populists demanded the conversion of key infrastructural sectors into public utilities repurposed to facilitate rather than exploit small producers. Railroads, they argued, should be run on a regulated, non-profit basis to ensure low-cost access to markets by their customers. Similarly, banks should be run on a non-profit basis as to ensure low-cost credit to borrowers.

Their idea was to turn enterprises with too much monopoly power into accountable public utilities, but otherwise to allow the free market to run its course. If many independent producers have to use the same infrastructure (like railroads or the Internet), or rely on a common provider of essential products or services (like energy companies or banks), those ought to be transformed into public utilities.

Populist demands for public control of monopolies were thwarted by the robber barons of the day, who made sure that lucrative monopolistic choke-points of the economy in transportation and finance and beyond remained in private hands. Progressives and New Dealers for a time limited corporate power, but didn’t go as far as the populists thought necessary.

So it’s no surprise that monopoly power is back, along with the economic and social disparities it exacerbates.

Populism is back too. The original populist agenda of public control of monopolies combined with widespread capitalist enterprise may yet turn out to the best way to provide economic security, opportunity, and responsibility for the greatest number.