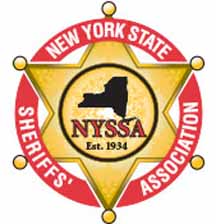 That has caused great consternation among many of our citizens, who envision armed officers arriving at their doors to count the number of people around the Thanksgiving table.

Many Sheriffs and other law enforcement leaders have felt compelled to allay those concerns by assuring citizens that officers will not be randomly coming to their homes on Thanksgiving Day to count the number of people inside.

That would be neither practical nor Constitutional.

The Governor has responded by dismissing those serious concerns on the part of local law enforcement, saying, “Law enforcement officers don’t get to pick and choose which laws they will enforce.”

We find that comment ironic, and disingenuous, since the Governor has directed that his own State Police do not have to enforce the order. Apparently, it is another case of “do as I say, not as I do,” such as we have seen with many other political leaders.

He has also called sheriffs “dictators” for following the Constitution rather than his orders, which we also find ironic.

We do not know if the Governor’s limit on home gatherings to ten individuals is the right number or not. That is a decision for science, not us, to make.

We do know, however, that the Governor has attempted to foist upon local law enforcement an impossible task. How are officers to know, without violating citizens’ right to privacy and other Constitutional rights, how many people are in the home?

How are they to determine if the family gathering is to be deemed “essential” or “nonessential?” …All of those are serious questions which make it impossible for law enforcement to know how to legally enforce the Governor’s order. They are questions that could have been addressed if we had a functioning State Legislature, creating clear and enforceable laws after input from those who would be impacted by them.

Instead we are faced with an unenforceable dictate issued without any consultation with law enforcement or the public as to enforceability.

We believe that rather than issuing orders that cannot be practically enforced, and then blaming law enforcement when they are not enforced, the Governor would better serve the people of New York if he were to use his position to encourage citizens to use common sense and voluntarily adhere to the guidance of state and federal health officials…

We urge you to listen to our public health officials.

We urge you to limit your exposure to those outside your household as much as you reasonably can. If we all do that, we will sooner be able to get back to normal.

We in law enforcement do not have the resources nor the legal authority to force you to do those things.

It is a matter of individual respon-sibility and we are confident that you will all voluntarily rise to the occasion.