Israel Struggles to Get Its Kids Inoculated

The numbers told Bill Michaels it was time.

“I learned a lot going through the Goldman Sachs 10,000 Small Businesses program,” said the Fly Creek Cider Mill & Orchard president. “One of them was knowing your numbers. I spent a lot of time looking at them throughout the pandemic.”

In 2020, “our customer visitation was down all year. Then, after the holidays, it just stopped, to the point it was not sustainable.” said Michaels, whose family announced Wednesday, Jan. 20, they would close the regional tourist attraction, perhaps forever. 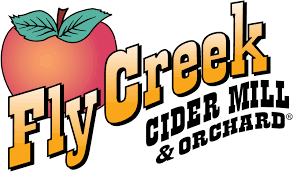 The decision set off a near panic, with loyal customers lined up, 6-feet apart, per social-distancing guidelines, waiting up to an hour Saturday and Sunday for perhaps a final taste of a favorite Cider Mill goodie.

Some 300 Internet orders came pouring in, Bill said. “We’re grateful for the online support and had a wonderful online season,” he added. “However, there are costs associated with operating online stores, as with brick-and-mortar stores.”

By early this week, many favorites had disappeared, but not all. “We have plenty of cider left, plenty of doughnuts, plenty of extra sharp cheddar,” Michaels said.

Cheryl Kondrick, the Cider Mill’s ace fudge-maker, has been flat out for four days, “but we’ll probably be running out of fudge.”

A waiting period will follow. “We’re going to take the next three months to reassess the situation,” Michaels continued, “to make some hard choices, reevaluate our position, and go from there.”

The family – himself, and dad and mom, Charlie and Barbara, who opened the property for a two-month cider-making season in 1962, and expanded from there – may then reopen, if Otsego County’s summer economy is rebounding.

While the family hasn’t ruled out seeking a buyer, it hasn’t explored that option yet, the son said, adding, “We’ve had no feelers from buyers yet.”

Since 1856, a series of owners had used the same Boomer & Boschert water-run hydraulic press and grinder to turn local farmers’ apples into sweet cider.

The cider mill closed in the mid-1950s, but Charlie and Barbara bought the property, and renovated the former mill owner’s home. In the 1960s, intrigued by cider making, they began planting apple trees, and pressing and selling their own cider.

Over the years, a modern old-fashioned country store grew up around the cider press, selling everything from apple pies to jars of habanero garlic, from barbecue sauce to pickles.

The cider mill has been home to many charitable events, from the fall Cider Run to benefit the Susquehanna SPCA to the “Big Squeeze” Weekend to promote Bassett Hospital’s breast-cancer awareness effort.

Closing the mill will have an effect beyond the Michaels family. It employs a half-dozen people during the off-season, and 35 full- and part-time during the summer, Bill said.

The attraction has drawn some 165,000 patrons a year, so the closing “could have a huge impact,” said Otsego Town Supervisor Meg Kiernan. While some neighbors may be happy with the drop in traffic, “the Fly Creek General Store gets a lot of people stopping in.”

Plus, the fun of the place will be missing. “Local people just like to go down with their children to see the ducks. The fall festivals – they’re a huge hit.”

While the facility pays property tax, the greatest impact will probably be on sales-tax collections, which are distributed to the county, then to the localities.

But COVID-19 just keeps on coming.