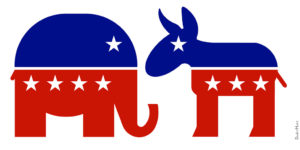 COOPERSTOWN – The “Reform Caucus,” a coalescence of forward-looking minds, decisively took control of the Otsego County Board of Representatives Tuesday, Nov. 7.

The caucus claimed nine of the 14 seats, and 3,746 weighted votes against 2,482 for the stand-pat  coalition that had gathered around county Board Chair Kathy Clark, R-Otego/Laurens.

But party affiliations have meant little in recent months, as “Reform Caucus” Republicans and Democrats sought to wrest control from chairman Clark and, failing that, to move forward measures to put the county on a more business-like footing.

Clark herself barely hung onto her seat, leading Democratic challenger Cathy Nardi by only nine votes, a lead that could be erased when absentee ballots are counted in the next two weeks.

One of Clark’s leading allies, two-term Republican Craig Gelbsman, was defeated by Democratic newcomer Adrienne Martini in one of the City of Oneonta’s four districts.

County Rep. Andrew Marietta, D-Cooperstown/Town of Otsego, a leader of the “Reform” group, soundly beat back a strong Republican challenge.

Another surprise in the city occurred as Democrat Danny Lapin, a 29-year-old newcomer to the county and to politics, bested Republican incumbent Len Carson by four votes; that margin could also be erased when absentees are counted.

Two Republicans incumbents associated with the “Reform Caucus” – Peter Oberacker from the Schenevus area and David Bliss from Cooperstown and the towns of Middlefield, Cherry Valley and Roseboom – held onto their seats, Oberacker by a wide margin, Bliss less so after facing a strong challenge from Democrat Leslie Berliant.