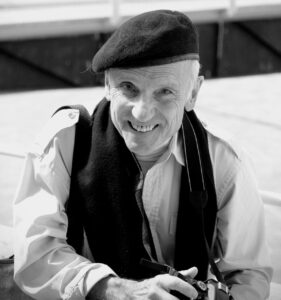 After being resettled from Austria to Belgium, Balázs learned French in a matter of months, and earned admission into medical school at the prestigious Université Catholique de Louvain, where he trained as an obstetrician/gynecologist. At the same time, he built upon a childhood love of American literature by learning English. Toward the end of his studies, he fell in love and, in 1963, married Francoise Jadot, who died tragically of lymphoma within the following year.

In July of 1964, Dr. Seléndy emigrated to the United States. After an internship in Philadelphia, he became a resident at Mount Sinai Hospital in New York City.  There he met medical researcher Janine Irvine, who became his wife for six years, and with whom he had children Philippe (1966) and Bela (1968).

During the Vietnam War, from 1968-1970, Dr. Seléndy served as a medical officer for the U.S. Army with the rank of major. He became an American citizen in 1970.

That year, Dr. Seléndy took up his post as an Ob/Gyn at the Mary Imogene Bassett Hospital, a teaching hospital affiliated with Columbia University. In addition to delivering thousands of children and developing a speciality in micro-surgery, Dr. Seléndy became a champion of the midwife program. In 1978, Balázs married Mildred Mook, with whom he had Maude (1980) and raised his stepson Zachary.

Dr. Seléndy served at Bassett for nearly 40 years, long past retirement age, out of love for the profession, for teaching, and for his community.

A lifelong and gifted critical thinker, Balázs was a voracious reader in every subject matter, particularly in literature, science, history and philosophy. He wrote volumes of poetry in three languages, labored over poignant English translations of Miklós Radnóti, and published books of verse in Hungarian. He also was a passionate and skilled photographer and carpenter.

In 2002, Balázs met his long-term partner and closest friend, the fiercely independent Pat Gambitta, then the Director of Community Services for Otsego County.

At the age of 65, Balázs first took up motorcycling, with delight. Seven years later, he was struck broadside by a car at 60 mph. After his bike flew into the air and spun around three times, he was able to walk away from the accident with broken ribs and minor injuries. From then on, he marked the date of the accident each year as a sign of gratitude for the additional life he was given.

Dr. Seléndy practiced karate for decades, and became a senior black belt under Hidy Ochiai, ultimately wearing an oxygen tank during kata as he struggled with late-stage emphysema. He attended classes at the dojo through 2019, at the age of 82, and then continued his practice at home until his recent illness.

Balázs treated everyone equally, with kindness and generosity, and befriended people from all walks of life, including from the medical profession, the dojo, and his literary, photography, and motorcycle circles, and he loved his upstate New York community for more than fifty years.

A memorial service to celebrate Balázs’ extraordinary life will be held in the spring of 2022 in Fly Creek.