This Day in History: May 8 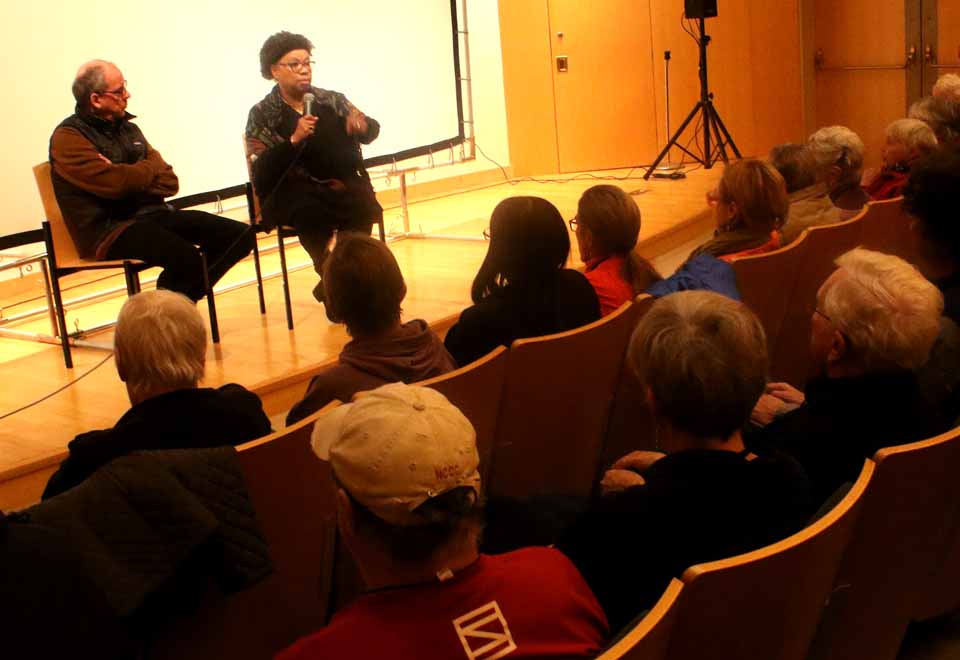 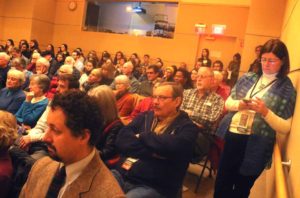 Cooperstown Graduate Program Director Gretchen Sorin briefs a packed house a few minutes ago on “Driving While Black,” portions of which are being screened for the first time at Glimmerglass Film Days, which began last evening and runs through Monday.  With her is Ric Burns, Ken Burns’ brother, who is producing the film for PBS.  It is based on Sorin’s 2009 thesis on “The Green Book,” a guide for black tourists and travelers during the Jim Crow Era.   At right in inset photo is Otsego 2000 Executive Director Ellen Pope, an organizer of the annual event.  Today’s crowd filled all 126 seats in The Fenimore Art Museum Auditorium, and folding chairs lined the aisles and across the front of the room.  (Jim Kevlin/AllOTSEGO.com