As the pandemic rages, the Trump administration appears to be actively trying to discredit the disease expert who publicly disagreed with the President

At least 33 US states experience increase in coronavirus cases

Trump and Fauci not speaking as coronavirus pandemic worsens

What the Surgeon General had to say about mask mandates

Hundreds of people gathered at a lake. Now some have Covid-19

Lakers' Anthony Davis to wear own name on jersey in Orlando

Dodgers' Kenley Jansen reports to camp after having COVID-19

THE JOB SCENE: 5 Believe They Have Found Careers Of Their Dreams In Otsego County

They Love Their Jobs

5 Believe They Have Found Careers

Of Their Dreams In Otsego County

“I love that, with the people I work with, it doesn’t matter if they’ve had a good day or a bad day, you can make that day better with a high-five, some music or even a favorite sensory toy,” said Quigly, the Assistant Manager, Springbrook Swart Hollow Home.

As the assistant manager, she is responsible for coordinating staff, meal planning and shopping, cooking, scheduling medications, and organizing outings for seven adults with developmental disabilities.

Quigly came to Springbrook eight years ago, when she was still at Unatego high school, working at a residential home alongside her aunt. “I kept moving up,” she said. “I went to BOCES for early childhood, but the more I did this, the more I realized I wanted to work with adults.”

In her first home, when she was just 18, she learned what she considers one of her most valuable lessons. “There was a man there who was old enough to be my grandpa,” she said. “And he taught me a lot about how to treat him so that I could help him achieve his goals with the time he had left. He knew his time was coming, and he wanted to do things on his time, not ours.”

The residents go to a day program, but when they come home, Quigly is there waiting. “I’m all about making sure life goes smoothly for them,” she said. “And I wouldn’t trade what I do for the world.”

Pam Morrissey’s two passions are people and fashion, and as the manager of JCPenny’s at the Southside Mall, she’s able to make a career out of both. “I love serving our community as the local department store,” she said. 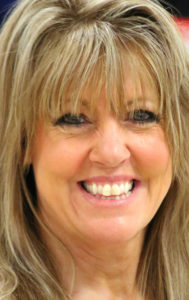 Since coming to Oneonta at 18 to work at Ames and, later, Harold’s Army/Navy, she has made a career out of retail. “I’ve been in retail forever,” she said. “I love clothes and I love the public!”

She worked at JCPenny’s for 15 years, starting as an associate in the children’s department and working her way up to the  visual advertising department until the company did away with the position.

For a time, she worked at Rue 21, also in the Southside Mall, where she was a manager before returning to JCPenny’s in 2015 when the previous manager retired.

And with 43 employees working for her, she strives to make sure that they have as good an experience as she’s had, including making a full Thanksgiving dinner for the employees who work the pre-Black-Friday sales. “Thanksgiving is becoming our biggest day,” she said. “Even more than Black Friday.”

For Greg Peck, taking a job at Unalam helped him put his family first. “I was a production manager at another plant, six in the morning until six, seven at night,” he said. “My wife and I had a new baby girl, and I was just never there, and I was getting burned out.”

He had grown up with the Van Cotts, including serving on the volunteer fire squad with Leif, and they offered him a job in the yard. “I went in at six a.m. and got off at 2:30,” he said. “I felt like I had a whole other day!”

Though he started doing a variety of jobs in the yard – helping to pull lumber needed for the day’s project, learning how to visually grade which pieces will go outside and inside of a beam and running the three-part “scarfer” operation to get the beams to the right size, he was named a yard foreman earlier this year.

Now he is in charge of moving the raw materials into the yard, hand-selecting “uppers” – the wood deemed of high enough grade to go on the outside – and “inside,” which may not be as visually appealing but can make up the core of the Unalam beam.

He is also able to keep up as a volunteer firefighter. “Craig (Van Cott) is all about the community,” he said. “He still gives us our pay and our attendance bonus if we have to take a call.”

Molly Myers wants to make sure that everyone coming to the Fenimore Art Museum and The Farmers Museum is able to make the same happy memories she did as a kid. 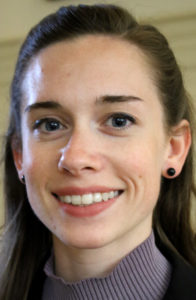 “I think it’s so cool what they offer here for people of all ages,” she said. “I have so many memories of coming here as a kid, and I want to make sure that others have that opportunity too.”

Myers, who started in January as a development associate for the museums, moved back to her Cooperstown hometown from Albany. “I missed the community,” she said. “I’m very passionate about younger people moving back to the area, and the museums really help with that.”

Though she coordinates with museum supporters and puts together fundraising calls year-round, her biggest task this year was putting on the annual Gala, which had a Rock & Roll theme this year to coordinate with “Herb Ritts: The Rock Portraits” exhibit.

“We let people have a backstage tour of artifacts we don’t normally have in the museum, all these great auction items and a band,” she said. “It really helps bring in local and non-local support for the museum.”

Chemistry professor Maurice Odago came to SUNY Oneonta to fill in for a professor on sabbatical, and never left. 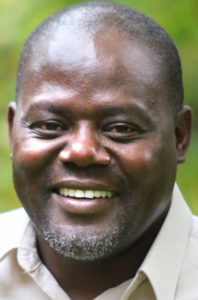 He taught chemistry in Kenya for three years before he got his PhD at SUNY Binghamton, where he also taught for a short while before the job opened at SUNY Oneonta. “The chemistry department is a fabulous place to work,” he said. “We have excellent and supportive colleagues, and the students are great as well. You are so proud of them when they succeed after graduation.”

The college, he said, also fosters inter-disciplinary work. “We’re not all bundled up in our little alcoves,” he said. “You will see departments working together, such as chemistry and biology, but also across disciplines, like physics and philosophy.”

In addition to the high academic standards the college has, he said he also enjoys how the school encourages students – as much as faculty – to think outside of the classroom. “We have an open-door policy with our students, but sometimes they just want to come in and talk about their soccer game or the music they play,” he said. “It makes for a much more well-rounded student.”