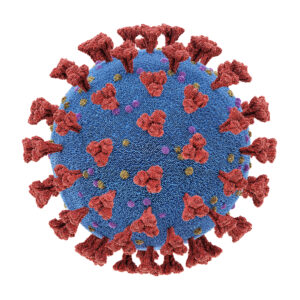 St. James Episcopal Church in Oneonta plans a mission fundraiser for schools in the Dominican Republic and Santa Cruz for Saturday, January 29, from 3 p.m. until 7 p.m.

The event takes place at the church at 305 Main Street and features open-dinner chili and cornbread and chicken burritos available on either a dine-in or take-out basis.

Never mind that we’re in the middle of some typically bone-chilling January weather – summer is coming and with it, the 2022 Glimmerglass Festival. Tickets for the summer favorite go on sale Monday, January 24!

Patrons planning to see more than one performance may purchase tickets need not wait until Monday – packages for two or more shows are available immediately. Those buying tickets for more than one show receive the greatest discount available, may purchase additional tickets at a 10 percent discount with no additional processing fees, and receive free exchanges. END_OF_DOCUMENT_TOKEN_TO_BE_REPLACED

The village permits no parked cars on the streets specifically between the hours of 2 a.m. and 6 a.m. during these months. The prohibition applies year-round to Main Street from River Street to Pine Boulevard, and Pioneer Street from Lake to Church.

The law also prohibits overnight parking between November 1 and April 1 in the Doubleday Field parking lot except in designated areas along the lot’s west side and in the village-owned spaces in the parking lot behind the fire hall on Chestnut Street except for those vehicles owned by emergency responders parked only during the performance of duty.

Be afraid but do it anyway: Changing Countries

Be afraid but do it anyway:
Changing Countries

Changing countries? Are you always afraid to do that? Or do you learn to take big moves in stride? Do you become starry-eyed over the next adventure?

Maybe. Stars sure danced in front of my eyes when a former partner lured me to move from New Zealand to London. One of the most exciting cities in the world and one where English was the native language. On top of that, all of my on-the-job training in New Zealand was in the British school of journalism. I was armed to take London by storm with tear sheets of my front-page leads at Wellington’s morning paper, The Dominion, and tapes of my best radio and TV news reports.

My plane ticket included 13,000 miles of getting on and off planes, changing airlines, picking stop-over destinations. END_OF_DOCUMENT_TOKEN_TO_BE_REPLACED

Richfield Springs Craft Festival is back

Richfield Springs Craft Festival is back

Church of Christ Uniting in Richfield Springs brings its Friendship Craft Festival back this year after a two-year hiatus, and they’re looking for crafters to participate.

The Festival celebrates its 41st year on Saturday, June 11, from 9 a.m. until 3 p.m. in Spring Park on Route 20 in Richfield Springs.

For information and an application, visit www.rschurchofchristuniting.com, e-mail friendshipcraftfestival@yahoo.com, or call Carla at 315-858-1451.

210 YEARS AGO
Congress has agreed to raise 25,000 men. This looks like a certainty of war; but whether we have peace or war, it is an event in which all must rejoice, that within the walls of Congress there never was greater harmony than at present prevails. All seem to be convinced that the time has arrived when our national forces ought to be increased both by sea and land, so as to combine strength with dignity, and to hold forth to foreign powers the certainty that aggressions will hereafter be resisted with the spirit that becomes freemen.
January 18, 1812 END_OF_DOCUMENT_TOKEN_TO_BE_REPLACED

News from the Noteworthy: Spotlight on county’s Hunger Coalition

News from the Noteworthy:
Spotlight on county’s Hunger Coalition

The Community Foundation of Otsego County (CFOC), a 501c3 nonprofit public charity founded in 2019 to bring together financial and human resources to address challenges and increase opportunity in Otsego County, recently conducted a survey asking respondents to prioritize the work we should address.

The Cooperstown Community Christmas Committee thanks everyone for making this holiday season a success.

With your donations and participation, the Village was decorated, Santa, Mrs. Claus, Frosty and Rudolf arrived, and the season commenced. Santa had hundreds of little visitors and answered dozens of letters.
A special shout-out to: Bill Waller, Liam Murray, Cody Moore and her Equestrian Team, the Village Crew, Ah Coopella, Tin Bin Alley, The Pit, Leatherstocking Corporation, Tallman Enterprises, Andrea House for the wonderful Santa signs, Lake and Valley Garden Club, Cooperstown Fire Department, the Chamber of Commerce, and all our new young and energetic members — we couldn’t do it without all of you! END_OF_DOCUMENT_TOKEN_TO_BE_REPLACED

I coached high school boys and girls crew. NCAA rules allow an adult male athlete to compete as a “hormonal female” after only one year of testosterone-lowering therapy. This may lower their times by 5 to 10 percent. 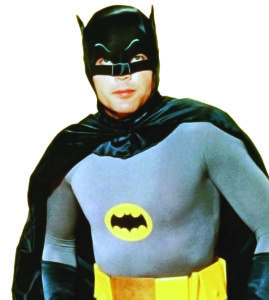 It’s a part of the morning routine now – pour the coffee, read the news, tell myself that I’ll wait until later to Wordle, then Wordle nonetheless.

If you’ve not heard about this nifty little online game, a warning: Do it once and you’re hooked. It’s almost too simple – it’s free, it’s not an app that you have to download, there are no ads clogging the site (powerlanguage.co.uk). Once per day, your job is to guess a five-letter word in six tries. That’s it. It’s all the rage on various social media; The New York Times, National Public Radio, and various cable news channels have picked up on the craze. If you’ve got Twitter or Facebook friends, chances are pretty good they’ve bothered your news feed with an update on their daily result. END_OF_DOCUMENT_TOKEN_TO_BE_REPLACED

Oneonta’s new mayor, Mark Drnek, dropped a surprise when the Otsego County Chamber of Commerce held its 2022 virtual ‘State of the State’ on January 11 and he told Cooperstown Mayor Ellen Tillapaugh that he wants to collaborate with her and other regional leaders on a “destination marketing” campaign to attract new residents to an Oneonta-to-Cooperstown corridor.

His proposal – one he freely admitted was a surprise to all on the Zoom meeting – came after Mayor Tillapaugh said she’d gently tease his predecessor, Gary Herzig, that Oneonta was home to Cooperstown Baseball World and Cooperstown All-Star Village, and they “really benefit that community’s lodging and business community.” With Cooperstown Dreams Park in the Town of Hartwick, she said, “I always joke that the Village of Cooperstown is the only one without an actual baseball complex named after Cooperstown.”

She’s right, of course – we wonder if players and parents unfamiliar with the region aren’t a little disappointed to learn that the Village itself is some 20 miles away from the place to which they’ve traveled to say they played baseball “in Cooperstown.” END_OF_DOCUMENT_TOKEN_TO_BE_REPLACED