The President has announced a plan aimed at winning over Black Americans, but he presents different messages on race when playing to different audiences

An as Otsego 2000 board member, I find you putting words in Henry Cooper’s mouth similar to Dan Quayle’s attempts to channel JFK.

Regarding your idea that Otsego 2000 is a job killer and, by extension, a take-the-food-out-of-the-mouths-of-children villain:

Otsego County and Upstate NY need bigger and better solutions than those offered by gas pipelines and poorly sited wind or solar farms. We need solutions that enhance the economic well-being and quality of life for everyone. We need leaders with exceptional vision, not leaders denigrating environmental efforts. Leave that to Trump and his professional anti-science team.

My wife and I recently moved to the area (my wife was born in Cooperstown) and I have been reading with interest the conflict about economic development that is being shaped in large part by Otsego Now! and Otsego 2000.

I was also born in Upstate New York near Syracuse and have witnessed firsthand how cities and towns across Upstate were left gutted when industry moved out or shut down from the ’70s to the ’90s.  So the debate about development in Otsego County is important to me.  I was appalled to recently read that Oneonta has a poverty level in excess of 25 percent; this with two  colleges and a hospital as major employers.

I write all this even while I firmly believe that global warming must be addressed.  However, it is a process that will take time and we cannot turn our backs on residents who want to live here with the prospect of a decent job at a good company.

I lived in Vermont for 15 years and witnessed this same debate.  That state has still not recovered the jobs lost during the recent recession.  The population is stagnant and aging as young people leave the state to seek job careers elsewhere that aren’t available in Vermont.  Now the state is offering $10,000 for “knowledge workers” to move to the state where they can work remotely from home.

I only hope that this region doesn’t have to resort to the same desperate ploy in an effort to provide a good living and a future for young workers and their families.

Having just finished reading this week’s Freeman’s Journal, my husband and I are elated by the free exchange of well-informed opinions and rigorous arguments we found on those pages.  The health of our democracy is dependent on such unafraid, intelligent exchanges.

We say “hip, hip, hurrah!” to our editor Jim Kevlin for his editorial and to Topher Hammond and Mike Stein for their vigorously free and honest letters to the editor, and to Adrian Kuzminski for his prudent column that reminds us that there is no easy road to both economic development and sustainable use of energy.

At this period of U.S. newspaper history, when local newspapers are dying by the thousands, it should be a matter of pride that our Freeman’s Journal is still so brilliantly alive and free.  Let’s give is all the support is deserves for maintaining our freedom of the press, without which our democracy is not worth of the name.

Recently, it was reported that the generic environmental impact statement (GEIS) for the Oneonta Railyard Project has “generated opposition from Otsego 2000.”

I know for sure that Otsego 2000 is not the only group that has provided comments to the Oneonta Common Council regarding the GEIS.  These comments by so many, should not be construed as opposition to creating jobs in the City of Oneonta.  These comments were an outpouring of concern for the railyard property, the wetlands, the stream, continued access to Roundhouse Road and the un-remediated areas of brownfields.

As well, there is concern for the future health and wellbeing of the surrounding community that would be affected by industrial growth, including fracked gas infrastructure buildout.

As our phone conversation Friday made clear that the inflammatory editorial in last week’s paper regarding Otsego 2000 was published to stir up controversy and generate sales, we respectfully decline to respond in these pages. 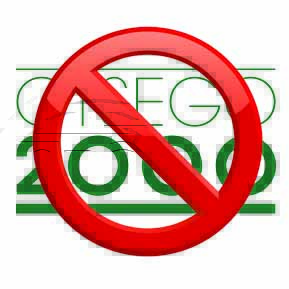 Adrian Kuzminski, our creative and thought-provoking columnist, suggests such in the column on the opposite page. Read the column. But here’s an alternative idea.

How about abolishing Otsego 2000? It’s arguably the “single point of obstruction” to any economic development in Otsego County, evident most recently in the drive to stymie a
10-year effort to  redevelop Oneonta’s vacant D&H railyards.

Here’s just one instance: A few years ago, Otsego 2000 successfully blocked the 160-turbine
Jordanville wind farm because the windmills would have degraded the “viewshed” from James Fenimore Cooper’s Glimmerglass.

The typical 1.5 MW wind turbine creates enough electricity to power 332 homes; 160 would have powered 53,120 homes, more than double the 23,921 homes in Otsego County.
Now, Otsego 2000 has dug in its heels on bringing any more natural gas to Otsego County. Zilch. Nada. Zero.