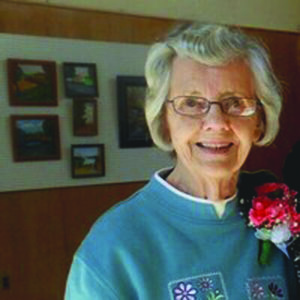 Barbara was predeceased by her husband, Herbert R. Weaver, Jr. and her son, Robert Gray Weaver. She was the daughter of Glenn and Edna (Borst) Gray.

Barbara was born in the small cottage at Gray Gables on December 12, 1923. She graduated from Springfield Central School and the New York State Institute of Agriculture and Home Economics (now SUNY Cobleskill). Barbara worked alongside her husband, Herb, to operate the Route 20 service station that they built in East Springfield. In 1963 they would leave their home at the station to move a few miles up the road to Glimmerglass State Park. Herb became the first superintendent of the newly established State Park and Barbara would become “First Lady of Glimmerglass Park,” a title she proudly celebrated later in life.