Raiders' Carl Nassib announces he is gay: 'I’ve been meaning to do this for a while now'

Since U.S Sen. Bernie Sanders, D-Vt., sat crankily at President Joe Biden’s Inauguration last Wednesday, Jan. 20, a “Bernie meme” – an Internet icon – has been popping up online around the nation.

END_OF_DOCUMENT_TOKEN_TO_BE_REPLACED

Is Any Government Agency Efficient?

When Bernie Sanders starts a sentence by saying “The truth on this matter is,” it’s time to reach for your wallet to see if it’s still there.  He’s not alone in that regard, as there are lots of candidates trying to sell us on the virtues of socialism.  To learn how socialism has affected you, read the last three paragraphs.

The major differences between socialism and capitalism can be defined by the role of the government.  In general, capitalism affords economic freedom, consumer choice and economic growth. On the other hand, socialism, which is an economy controlled by the state and planned by a central planning authority, provides for a greater social welfare and is expected to decrease the business fluctuations likely to occur in a free market.

Capitalism is a market-based economy made up of buyers (people) and sellers (private or corporate-owned companies). The goods and services that are produced are intended to make a profit, and this profit is reinvested back into the economy.

The U.S. is considered to be a capitalist economy, along with most of the modern world.  Economists, however, are quick to point out that almost every society has a socialist aspect or program within it, i.e. Social Security.

END_OF_DOCUMENT_TOKEN_TO_BE_REPLACED 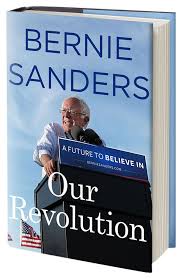 ONEONTA – The night “Star Wars: The Force Awakens” opened at the Southside Mall, Karen Anderson and Wendy Carrington were set up outside the theater, petitioning for their own hero – no, not Luke Skywalker.

“There was a long line at the movie theater, and we set all of our materials out so people waiting could look at everything,” said Harrington.

Part of Oneonta for Bernie, Anderson and Harrington have been collecting signatures and registering voters since June, when they set up a table at the Oneonta Farmer’s Market.  “We were out there every Saturday, trying to get people registered to vote in the primary”…

By LIBBY CUDMORE • The Freeman’s Journal

COOPERSTOWN – Growing up in a socialist household, Hilda Wilcox was no stranger to going door-to-door for her beliefs.

“When I was seven, I distributed leaflets to the neighbors supporting the loyalists in Spain,” she said. “Afterwards, I asked my mother, ‘Who are the loyalists?’ and she explained that we were fighting for democracy in Spain.”

And though the cold weather kept her for ringing doorbells, she still actively campaigned for Bernie Sanders, sending out postcards asking people to call or come by so she could collect signatures to get him on the ballot as the democratic candidate.

“It’s not a question of politics,” she said. “It’s a question of ideals. I believe democracy is the only system that guarantees opportunity. If the system stands in the way, we must change the system.”

These are the results for the poll ‘If you were a DEMOCRAT participating in the Iowa caucuses who would you support: Bernie Sanders, Hillary Clinton, or Martin O’Malley?’ 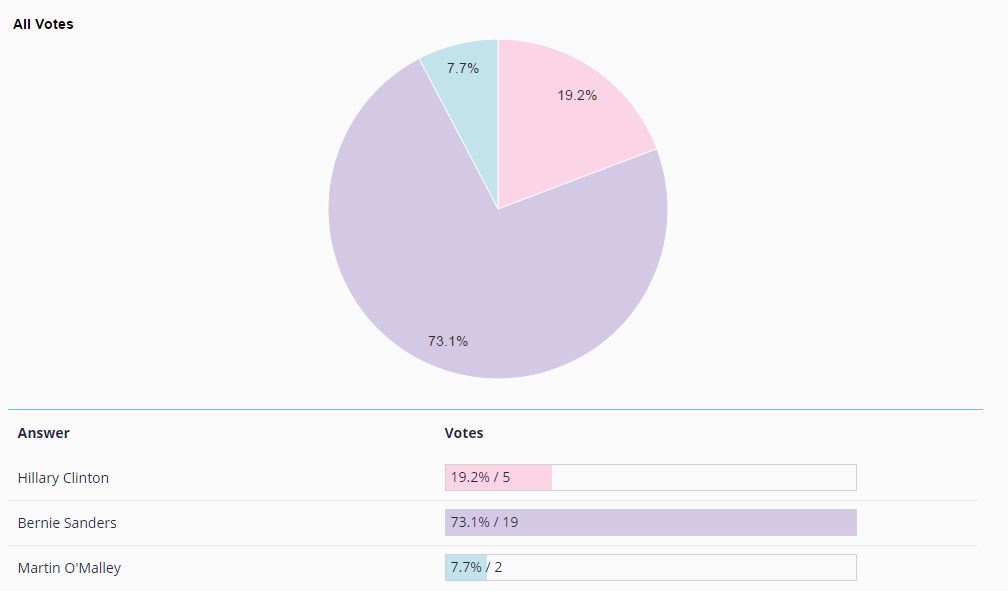 To Get Vt. Senator On Primary Ballot

ONEONTA – A citizens group, Oneonta For Bernie Sanders, has formed in support of the U.S. Senator from Vermont who is running for the Democratic nomination for President.

Last Wednesday at Elks Club, 25 residents of Otsego, Delaware, and Chenango counties met to watch to a livestream of a Sanders rally in Cincinnati, Ohio.

The group, ranging in age from 4 to 82, shared personal reasons for supporting Sanders, including a concern about increasing economic inequality, a desire to help students with college debt, and a general belief that Sanders is an honest candidate who will work to increase opportunities for ordinary people.

In the livestr4eam, Sanders declared “enough is enough” to economic inequality, the role of big money in financing politics, and providing a path to citizenship for immigrants.

The group has set up a Facebook page, Oneonta for Bernie Sanders, to keep people apprised of local events in support of the candidate.