Doctors say the virus sets the timetable for when the US can reopen. But as the economy staggers, the President has already floated an early date.

Obama to mayors on coronavirus: Biggest mistake leaders can make is to misinform

Bill Gates: Schools may reopen in fall but no one can ‘wave a wand’ to fix US economy

This Day in History: April 10

Graham says road to coronavirus recovery 'is through testing labs,' US is 'turning the corner'

Son Of Rock Hall’s President Has His Cooperstown Debut

Has His Cooperstown Debut

COOPERSTOWN – Growing up, Jack Harris would jam on the drums while his father, Greg, president of the Rock and Roll Hall of Fame, played guitar.

“We always had guitars around the home” said Greg. “Our daughter Alex plays piano, and his mom Deirdre sings Irish songs. We played a lot of albums for them, and he had nicknames for all of them. ‘The Pirate’ was Van Morrison, ‘The Growly Guy’ was Tom Waits. I tried to expose him to good music.”

In high school, Jack, got into writing poetry and short stories, and needed a musical outlet more conducive to his newfound passion. “I picked up a guitar and taught myself a few chords,” he said. “Then I taught myself a few songs, like John Fullbright’s ‘Unlocked Doors.’”

Jack, now a freshman at Ohio University, made his local debut Friday, Dec. 27, at the Cooperstown Beverage Exchange. “It was a lot of fun,” he said. “There were a lot of familiar faces, old friends and their parents. It was great to share my passion with them.”

Jack was born in Cooperstown and lived her until he was 8 years old, when his father, a CGP graduate then working for the Baseball Hall of Fame, accepted the top  job at the Rock & Roll Hall of Fame. “We come back every summer and Christmas,” said Jack.

In Cleveland, he met Chris Allen, of the band Falling Stars. “He knew I’d been learning some songs, so he called me up and asked me to play one,” said Jack. “I played him a couple covers, and then he said, ‘Do you have any originals?’”

He only had pieces right then, but got to work finishing some original compositions “And the next time I saw him, he was in the studio recording my song!”

With Falling Stars, Jack recorded “I Get Lost” and “Song For You” and “Hold On To Me” at Peppermint Studios, and released a video for “No One Listens” on YouTube. “Just two weeks ago, we heard my song ‘No One Listens’ on The Summit, the local radio station in Akron,” he said.

He played gigs with Falling Stars, as well as solo performances, including a coveted spot at the Rock & Roll Hall of Fame’s “100 Days of Music” summer live music series.

“A big chunk of that is local singer-songwriters,” said Greg. “They can play a few covers, but we want it to be all originals, no tribute or party bands. And I told him that Lisa Vinciquerra” – the Hall’s production manager – has to book him!”

The 100 Days of Summer also attracts larger touring acts, including Interpol and John Mellancamp, who, when passing through the area, decided to hop on stage and play five songs. “He used the instruments of the band that was on before him!” said Greg.

The Hall also hosted the Catch Meaning Festival on its  grounds, and Jack was booked without having to go through Vinciquerra. “He knew some of the people involved,” said Greg. “They asked him to play, and I didn’t even know about it!”

The Rock & Roll Hall of Fame is set to announce its  2020 Induction Class, and celebrate their 25th anniversary this year. “We want to make every day feel like a festival,” said Greg. “It’s not a museum about yesterday, it’s alive today.”

They’ll once again have a summer series, and Jack hopes to play, as well as look into internship possibilities at the Hall. “I want him to see that songwriters are regular people who walk among us,” said Greg. “Whether they do it for a living or if performing is their day job, it’s a great way to express yourself.”

Jack’s songs are on Apple Music, Spotify and his website, JackHarrisSongs.com, and he is hoping to get back in the studio. “My next step is finding someone to work with on an album project,” he said. “I’ve been doing a lot of writing the past few months.”

“The decanters acted like a prism,” said Tallman. “They were on top of cardboard boxes, and over time, that prism effect caused the boxes to degrade” and begin smoldering.

END_OF_DOCUMENT_TOKEN_TO_BE_REPLACED 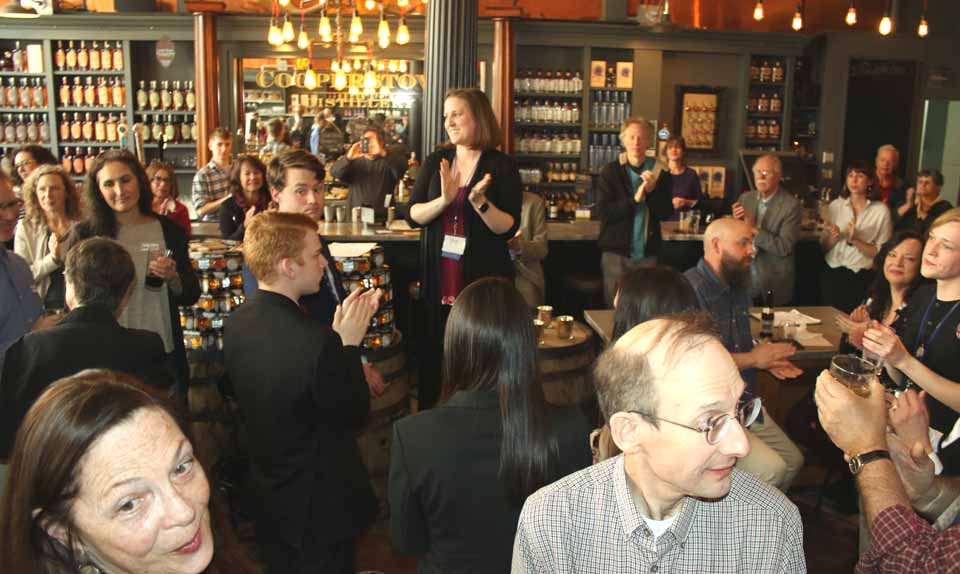 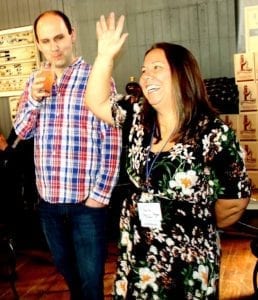 END_OF_DOCUMENT_TOKEN_TO_BE_REPLACED

Check back at 5 p.m. for tomorrow’s events.

FUNDRAISER – 7 p.m. Live music will be performed. The public may donate for the opportunity to perform. Donations go to the Cooperstown Lion’s Club fund to support area residents to lessen financial stress. Mel’s at 22, Cooperstown. Info, www.facebook.com/Melsat22/