Wayne L. Roseboom, 83, of Oneonta passed away peacefully on Sunday, May 1, 2022 at the Cooperstown Center. Wayne was born on August 28, 1938 in the Town of Butternuts; a son of the late Leon M. and Marion E. (Emerson) Roseboom.

Wayne was a well-liked custodian for many of Oneonta’s businesses and was last employed by the Black Oak Tavern.

Wayne’s family will have a service in the future at a date to be determined.

END_OF_DOCUMENT_TOKEN_TO_BE_REPLACED

COOPERSTOWN – Dolores S. Coleman, founder of Coleman’s Answering Service that served the Cooperstown community and beyond for 50 years, died late Saturday afternoon, November 13, 2021, at Cooperstown Center for Rehabilitation and Nursing.  A beloved wife, mother, grandmother, great grandmother and sister, she was 92.

A native of Cooperstown, Dolores Maxine Snyder was born at the Mary Imogene Bassett Hospital on February 27, 1929, a daughter of Clifford LeRoy Snyder and Genevieve Veda née Knapp Snyder, and was raised on a farm in Middlefield.  In the summer of 1945, she went to work for “Ma Bell”, which is what New York Telephone Co. was referred to at the time.  One year later, she graduated from Cherry Valley High School with the Class of ’46, and attended (“at the insistence of my father!”) a business school in Utica.  That didn’t last long, and she returned to work as a switchboard operator at the Cooperstown exchange, then located at 52 Pioneer Street, just south of the Pratt Hotel.

It was during this time that she met Charles A. Coleman, and on December 3, 1948, they were married in a ceremony held in the Rectory at St. Mary’s “Our Lady of the Lake” Roman Catholic Church in Cooperstown, with Fr. Patrick Whelan officiating.  Dolores and Chuck first lived on Pioneer Street, and then settled into their home on Beaver Street and raised their three boys.

END_OF_DOCUMENT_TOKEN_TO_BE_REPLACED

COOPERSTOWN – Louise Clark Hulse, a native of Cooperstown, died early Sunday morning, November 14, 2021, at Cooperstown Center for Rehabilitation and Nursing. She was 104.

Born Louise Frances Clark on September 21, 1917, at The Thanksgiving Hospital in Cooperstown, she was the only child of John Vincent Clark and Louise née Hanlon Clark. At the time of her birth, her family was firmly embedded into the fabric of Cooperstown: her maternal grandfather, Michael Hanlon, served as Mayor of the Village in the early 1900s and owned three hotels, and one uncle owned a printing press and another a shoe store.

During World War I Louise and her parents moved to Church Street in Oneonta. As a young girl she grew up swimming in Oneonta’s Wilber Park and going to the circus on the Sixth Ward Booster Club fields. She could recall tense times during her childhood, such as when the Ku Klux Klan would burn crosses up in the hills. And when Al Smith ran for President of the United States – the first Catholic to do so – her mother put his picture in the window of their house and someone threw a brick through it into their living room.

END_OF_DOCUMENT_TOKEN_TO_BE_REPLACED

The Susquehanna SPCA is having a ribbon-cutting ceremony at 10:45 a.m. Saturday, July 17, in order to celebrate the completion of its animal shelter and campus.
The ribbon-cutting will be followed by an open house until 4 p.m.
The new shelter is at 5082-5088 State Route 28, just south of Cooperstown.

There will be a free circus on Friday, July 16, at the Cooperstown Center and Centers Home Care on Phoenix Mills Road in the town of Otsego.
There will be two performances, at 5 p.m. and 8 p.m. There will be food vendors on site.
Attendees are encouraged to bring lawn chairs. Seating is limited. Call 607-544-2600 for more information. 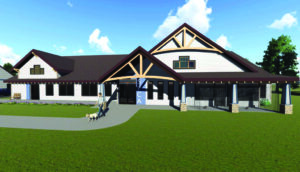 Celebrate the opening of the Susquehanna SPCA’s new building. After three years of intense fundraising in the ShelterUs Campaign, the shelter is ready to welcome the community
to tour the new facilities, participate in a ribbon-cutting (reservations required) and meet the volunteers.
At 5082-5088 State Route 28 in the town of Otsego, from 10 a.m. to 4 p.m., Saturday, July 17. Call 607-547-8111 or visit sqspca.org.

END_OF_DOCUMENT_TOKEN_TO_BE_REPLACED

Born October 15, 1937, in Cooperstown, he was one of three sons of Torrey G. and Leonore M. (Goddard) Robinson. John could trace his long-standing family roots in Otsego County back to 1792 when his ancestors settled in Lena in the Town of New Lisbon.

John graduated with the Class of 1956 from Cooperstown High School. For many years he was employed in the area as a union laborer, and was involved with construction projects at Hyde Hall, Mary Imogene Bassett Hospital and Interstate 88.

Throughout his life he enjoyed outdoor activities, and spent innumerable hours exploring the Otsego region swimming, hiking, fishing, trapping, and hunting. He was also an avid motorcyclist – his favorites were Indians – and also enjoyed riding snowmobiles in the winter months. His hand-crafted log cabin home on the shore of the Susquehanna River, his workmanship in stone masonry at Hyde Hall and his keen interest in local history reflected his deep and abiding passion for local culture and conservation.

END_OF_DOCUMENT_TOKEN_TO_BE_REPLACED

Patricia A. Romaine, 74 ‘Jack of all Trades’

Patricia A. Romaine, 74
‘Jack of all Trades’

Cooperstown – Patricia A. (Parlatore) Romaine, 74, passed away peacefully on May 10, 2021 at Cooperstown Center in Cooperstown.

Patricia was born on January 8, 1947 in Bridgeport, Connecticut, daughter of the late Patsy and Frances (Capoccitti) Parlatore.

Patricia will be remembered for her ability to strike up a conversation with anyone. She enjoyed the music and movies of Elvis Presley, especially since they shared the same birthday.

Throughout her life, Patricia was a jack of all trades, working as a bookkeeper, telemarketer, school monitor and for various newspapers. She would always look forward to coming home to spend time with her loving family.

She will be remembered by her domestic partner, Jarron Baysinger.

Patricia is the former spouse of Michael Minutolo and the late Roger Romaine.

Memorial services will be held on Saturday, May 22, 2021 at Noon at St. Michael’s Cemetery, 2205 Stratford Avenue in Stratford, CT.

A decade ago, Kent Turner was working in the kitchen at Oneonta’s B-Side Ballroom, the popular nightspot, when he noticed a vivacious woman and her girlfriends were becoming regulars.

“We starting talking,” said Kent, and one thing led to another. “She had a heart of gold.”

Kent and Jackie fell in love.

Soon, the couple was attending Oneonta’s Community Gospel Church. For seven happy years, “she was really helpful in turning my life around,” he said.

But it wasn’t to continue.

Jackie was stricken with premature dementia in her late 50s, and she was admitted to Cooperstown Center’s Serenity Place, where her loving companion visited her regularly – until he couldn’t.

In February 2020, as COVID-19 loomed, state regulations forced Cooperstown Center to close its doors to visitors. For 13 months, not just Jackie and Kent, but the Center’s more than 150 residents were cut off from their families.

“When we had to close those doors,” said Lacey Rinker, director of nursing, “it breaks your heart.”

END_OF_DOCUMENT_TOKEN_TO_BE_REPLACED

On Dec. 28, Cooperstown Center – the former Otsego Manor, now in private hands – advised its Family Council that two residents had died – not necessarily OF COVID, but WITH COVID.

Officially, one died of a bleeding hernia, the other of sepsis, at Bassett Hospital, NOT at the nursing home.

The Cuomo Administration’s Health Department took this kind of parsing a step further: Statewide, if a nursing home resident with COVID was transferred to a hospital and died there, he or she was counted as a hospital death, not a nursing-home death.

Attorney General Letitia James blew the whistle on this slack practice in a press conference last Thursday, Jan. 28, detailing an investigation that found nursing-home deaths from COVID may actually be 50 percent higher than the Cuomo Administration has been letting on.

Later that day, state Health Commissioner Howard Zucker released new numbers, raising the nursing-home tally by 3,800 to a new total of 12,743. That means about a third of our state’s 40,000 COVID deaths happened in places like Cooperstown Center.

So Cuomo and his health commissioner, Howard Zucker, knew. But so what?

END_OF_DOCUMENT_TOKEN_TO_BE_REPLACED

weekend after testing “positive” for COVID-19 while at the nursing home, according to an email sent today by Center’s Director of Nursing Lacey Rinker to the facility’s Family Council.

However, Rinker said in the email, the residents died of ailments unrelated to COVID.

END_OF_DOCUMENT_TOKEN_TO_BE_REPLACED

INDEX – As a third-class Petty Officer in the Navy, George McCrea, 84, of Cooperstown, who served four years following the Korean War, from 1956 to 1959.

Because of COVID-19, McCrae was unable to participate in Veteran commemorations and had limited visitation on Nov. 11, but the Cooperstown Center inducted him into its Legion of Merit.

George has been at Cooperstown Center only since last year.  He reminisces about the days he was in the  Navy when his ship, the USS Leyte, hit a whale and the ship had stopped patrolling the Northeast Coast of the Atlantic Ocean.

END_OF_DOCUMENT_TOKEN_TO_BE_REPLACED

COOPERSTOWN – For months after Governor Cuomo’s March 13 executive order on COVID-19, many families in Otsego County, as around the state, were unable to visit their loved ones in nursing homes, except perhaps through a window.

“Our first obligation is to keep our residents healthy,” said Levi Lazar, director at the Cooperstown Center, operated by the Centers Health Care, based in White Plains.  “Their psychological and social wellbeing is also very important to us.  We want our residents to see their families.”

As of Sept. 15, the regulations changed.